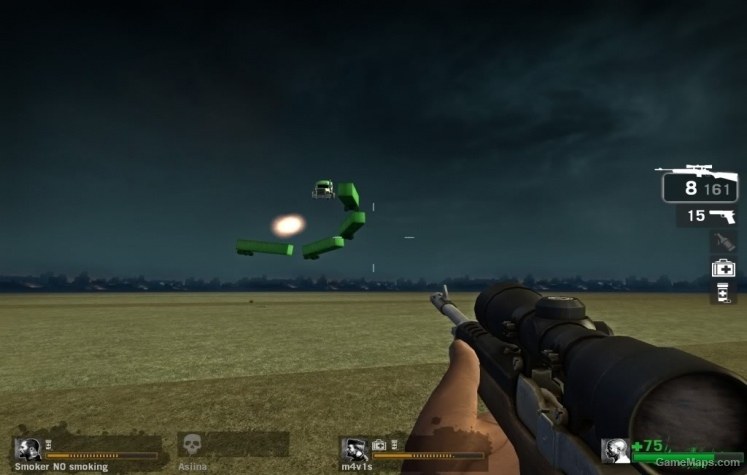 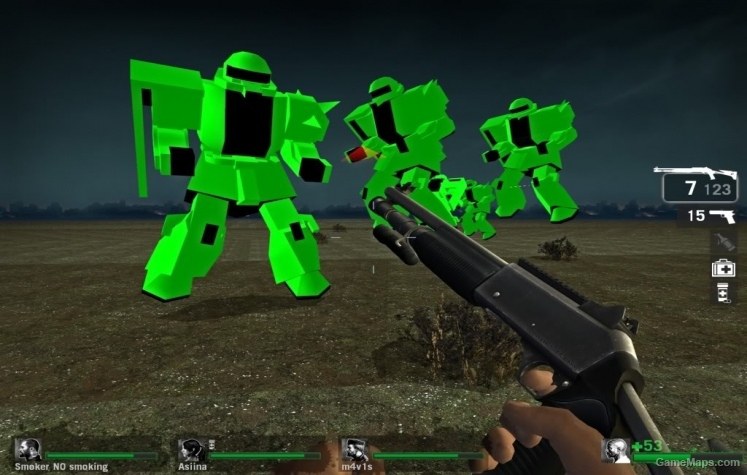 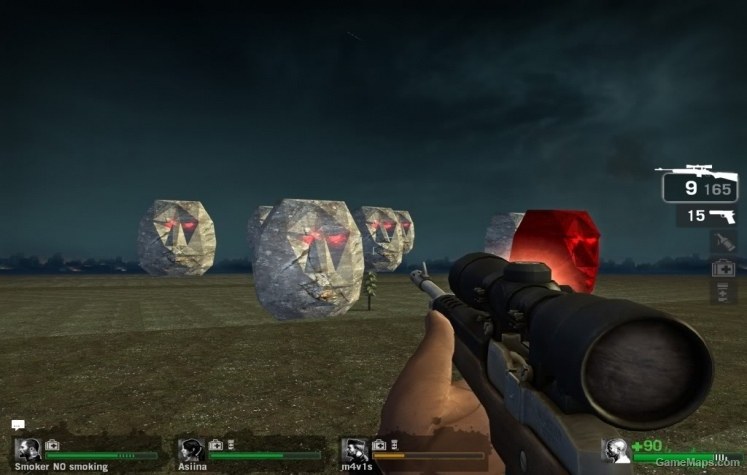 After a few minutes, I decided that me and my amigos were trapped in some form of hell, and decided to take us all out. Unfortunately, they kept dropping back to life as I finished them off. Trapping us all, forever.

Is there any end to this map? This is what eternal damnation looks like.
Reply
The-Medic June 2011
I think the sacrifice update broke it, if you watch youtube videos on the map then there is a final, but unluckily its broken and the author has left it unattended.
Free4All June 2011
Thanks! Sure is an interesting use of the engine, though.
Guest June 2016
its more horrifying if it happened in real life. Otherwise, the human race will be destroyed.
lordojake June 2011
installed but doesn't show up please help.
Reply
halo banana99 June 2011
you have to type in console map l4d_harrier then it should load
THEGREENHORNET12 June 2011
just to tell you this is for left 4 dead not left 4 dead 2
dragonball2314 May 2015
did you try GCFScape to download that
Post Comment
Post Comment

Delete Review
By monstergaga(l4d) December 2011
Pros
-awesome map -fun map -very fun fun
Cons
-useless bots
-can you make the bots unuseless coz their pretty useless when shooting there very useful when healing
Reply
By HowToFailSeries October 2011
Pros
-A unique map, indeed -Many surprises to be had. The flying rocks were my personal favorites -Alan especially like the "Gundum" reference (I pray I spelled that right. He'd have my head if I got it wrong...) -First aid kit and ammo generation every minute or so
Cons
-For me personally, it's sometimes hard to get the map started. Alan seems to have it down pat, though -AIs do absolutely nothing to help, other than heal you occasionally -The truck boss can potentially wipe out an entire team if caught off guard -Chopper/army truck gauntlet can be hard to survive -(not necessarily a con) Difficulty function serves no purpose other than friendly fire damage
I personally recommended this map for our series. It's quite fun to blast away flying cars that shoot balls of plasma at you. Seriously, I can't think of a more original concept. One shotting tanks with the hunting rifle is fun, too. However, due to the lack of AI functionality, I recommend playing this one with a friend. Be warned that going this one solo will greatly increase the difficulty, and you'll be fighting the final boss for a long, long time. The only other thing we would have liked to have seen is a difference in difficulties, like if the plasma balls did 10 damage on Advanced/Expert instead of 5 damage. That sort of thing. Also, another map or two would have been nice, but we're not complaining with what is provided. Overall, Alan and I agree that this map is a keeper, and sure as hell is a lot of fun. Just be sure to play with a friend or two. Ratings are 80-90 (85 average). Video review can be viewed on Youtube, titled "Left 4 Dead Episode 8 - How To Fail At: Space Harrier".
Reply
By The-Medic May 2011
Pros
Amazing for an old map. Certainly legendary and Unique, a whole new gamemode. Love the custom bosses and obstacles A custom skybox! Great fun with friends. Posses a good difficulty
Cons
Bots do nothing to escape the objects They do not attack the bosses. No poster
Why are there no other maps like this? This is Unique and amazing.
Reply
By KillerDSC March 2011
Pros
Bosses Mini bosses UFO Obstacles
Cons
No floor No poster or logo for credits UFO has a little bit to much health
My friend and I tried out this map and enjoyed every minute of this especially with all the mini bosses and bosses this was awesome we really didn't expect them especially the design and originality of it all. Only issues I had was that My friend and I couldn't see the floor and there was no poster which bothered me because it was just blank. This map was awesome especially the last boss but the boss has too much health maybe you can lower it just a tad so that way it doesn't take 20 million shots. Other than that this map is really good and should be promoted its well deserved its credit
Reply
By - Bl[a]Ze March 2011
Pros
+ Difficult. + Interesting theme. + Like an old mini game. + Different threats. + Unexpected custom models. + Finale. + Weaponry is always with you. + Medkit drops. + Sky box is fine. + No lag. + Respawn.
Cons
- AI Support. - UFO has a little too much HP. - Evasive maneuvers were complicated.
To be honest I was looking at the screenshots of this map before downloading and I thought it would be terrible. Turns out that I had quite a lot of fun playing it, it's very difficult even on Normal. The bosses and other threats had a reasonable amount of HP, I personally think that the UFO in the finale had a bit too much HP. It felt like I was shooting at the critical spot and not doing the right technique to defeat it. The flashing notifications that you were doing damage was helpful though. I would highly recommend not playing with AIs but only with friends or online. The AIs will just stand there and heal you at the worst moments. I nearly raged due to their idiotic "help." Doing this on your own is definitely a challenge to be tested, recommend it completely.
Reply
Back to all feedback
Show more reviews (5/7)