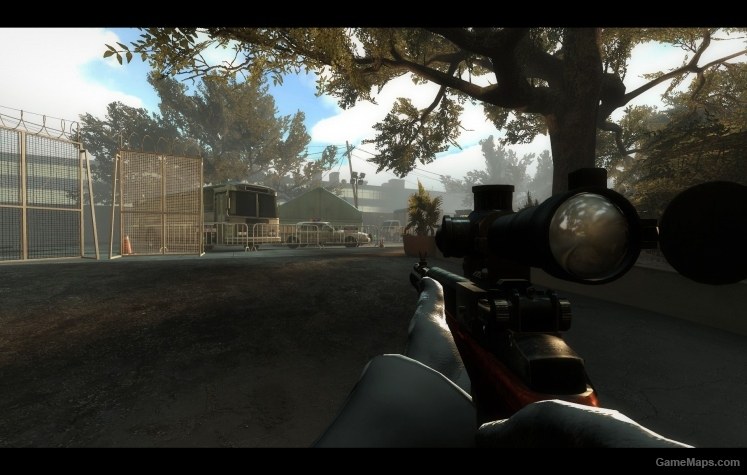 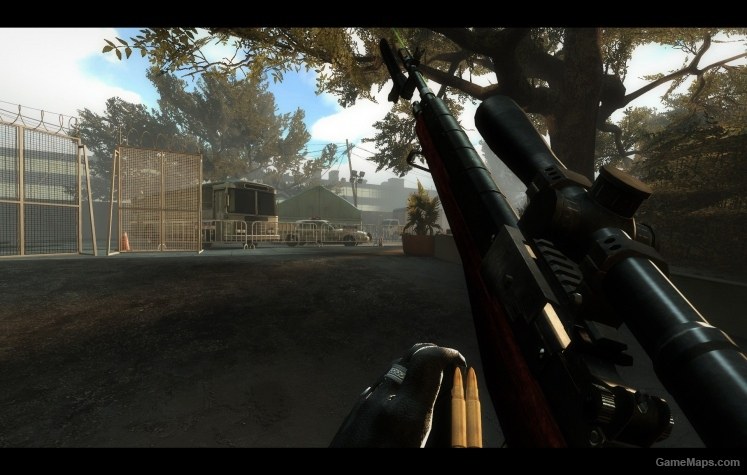 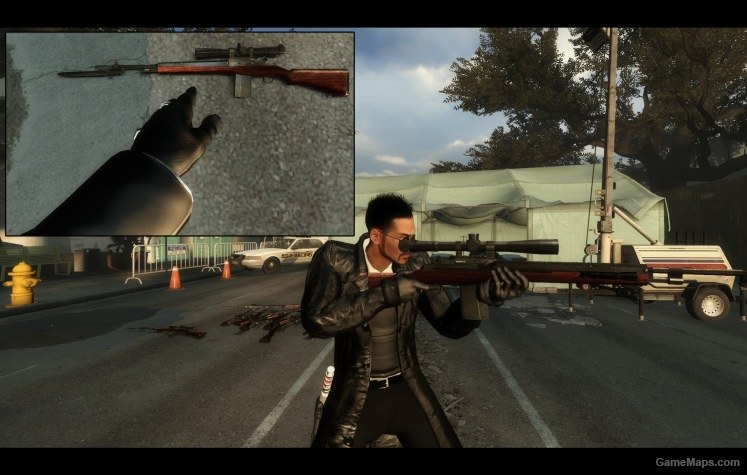 Delete Review
By jejekeupon September 2013
Pros
-Apocalyptic concept weapon -Nice textures and sound -Nice fps and 3nd person view -Nice animation -The Bayonet ^^ -Makes me think at World War Z ;)
Cons
-I prefer the base color of this weapon -Doesn't exist on Left 4 Dead 1 XD
Best sniper ^^ Thanks for this, but i use a new now...
Reply
By DamageIncM June 2013
Pros
- Appropriate replacement. - Looks good. - Good animations. - Nice sound.
Cons
- Bayonet is strange. - Shot-sound is on the weak side.
This is a really nice rifle to replace the Hunting Rifle with. I really like these older types of guns rather than having just very new and cutting-edge weaponry lying around in this game. It looks really good, very detailed, down to the reflection in the scope. The animations are nice, although maybe the idle stance is indeed a little strange, but it's OK, at least it brings some variation. I also like the fact that there's no ugly, clipped, and deafening shot-sound. But, it is a bit on the weak side and I would like it to be slightly more powerful, without it's being clipped, harsh, and distorted of course. For the rest, it's only strange that there's a bayonet sticking out there, it seems a bit out-of-place in this game, and I think the rifle would look nicer without it. Apart from that, this is a keeper if you're looking for something to replace the standard rifle, but want to keep it similar.
Reply
By Dragokixx May 2013
Pros
-Resolution of the weapon -Reload Animation -Good 1st Person View
Cons
-Idle Stance (No Points Reduction)
Overall, I really like this. Great in every aspect except the idle stance. In my opinion, the idle stance makes your character look kind of drunk but no points will be reduced. The perspective in which the weapon is viewed is marvelous as you can see a good portion of the gun without it taking too much nor too little space.
Reply
By EaoDen94 May 2013
Pros
Magnificent weapon! Hi-resolution! Animations are awesome (they also match 3rd person reload anims very well) It's a "smaller" file size for such a good weapon, which is awesome since most good gun models are huge files.
Cons
Personally, I don't like the animation in which you take out of the hunting rifle, but that's just me. It feels awkward for me.
It's a great hunting rifle model; everything's well polished.
Reply
By springfield June 2012
Pros
- Color - Skin -Custom animations (reload is so greeeeat)
Cons
- The Scope's Lid (i mean, that thing just on the right of the scope) takes too much place on the screen for no reason.
Your M14 is great, but the Cons I mentionned disappointed me and made me unistall the skin (it is a disadvantage in versus, because it hides a relatively large part of the screen). I tryied to delete the Lid myself, but I don't know how to do. If the rifle would not have this thing, I would probably keep it. By the way, I guess you spent a lot of time on this skin, congratulation, the skin of the weapon is super nice.
Reply
Back to all feedback
Show more reviews (5/14)