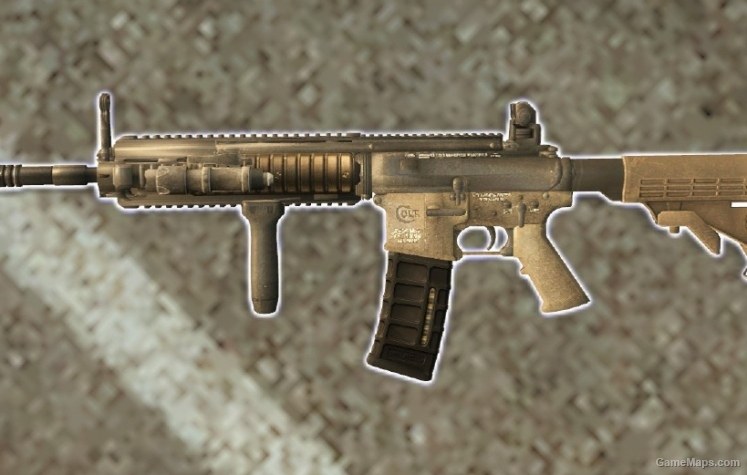 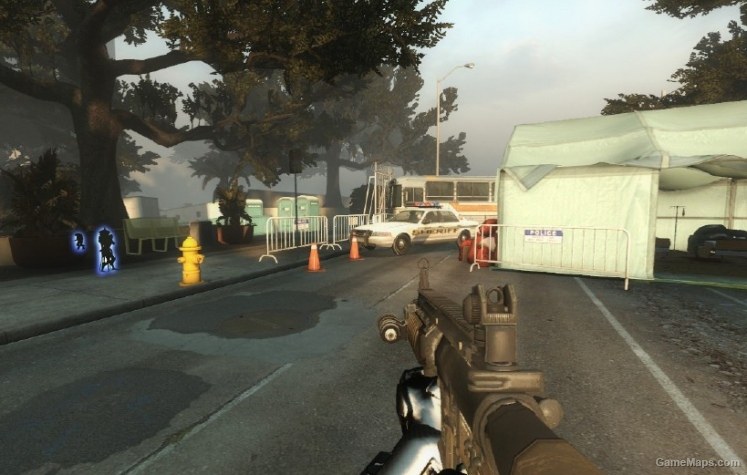 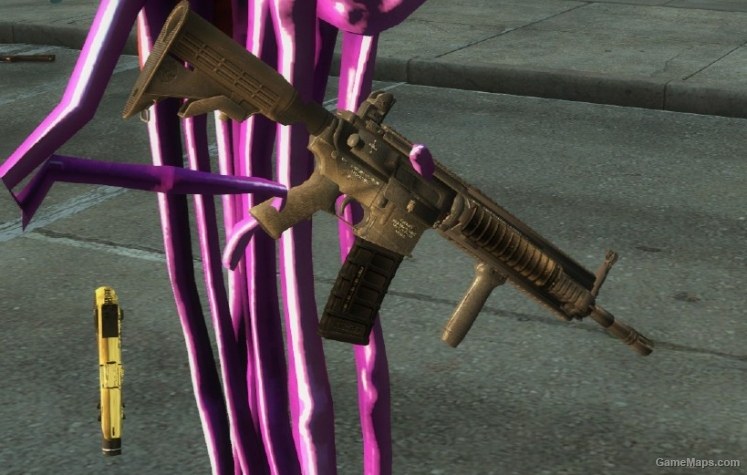 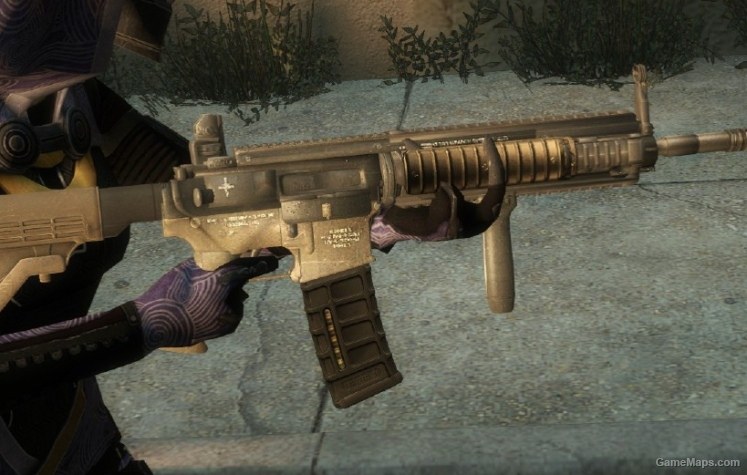 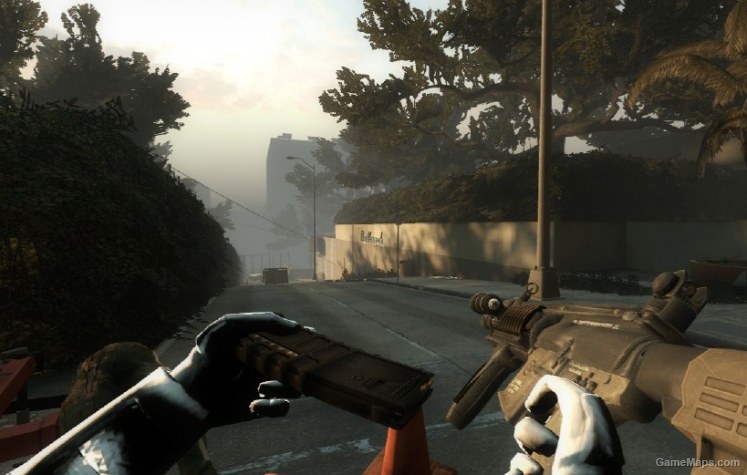 By the way, could you make a version without sound or with the original sound (from MW2 M4A1)

Note: Always using this skin with Captain Price and Ghost :D
Reply
TH3GAMEBO55 January 2013
Wait, I've seen the HK416 skin (from deahshadow) and the model is the same. Now I dont know if this weapon is a HK416 or the HK416 is a M4A1 (actually I think the first one, because M4A1 usually has some kind of ''ventilation'' on the barrel, so...) then please make a real MW2 M4A1 model, because this one is only a MW2 M4A1 style.
jnr January 2013
model*
also skin is just the texture, and the model isnt quite the same, the stock is different and the sights are.
TH3GAMEBO55 January 2013
quite. But if you see the barrel compared to others HK416 skins, you'll see that they're the same. Also, the sight is too high to be from MW2's M4A1. The texture IS from MW2 M4A1, however the weapon is not. I really thought too that it was a M4A1, but I had my doubts and decided search more. If you do the same, you'll see.
StrikerEaglex22 September 2014
How about yuri voice please......... from mw3
TH3GAMEBO55 January 2013
(Read that one ^^^ first)

Delete Review
By RockstarEnergy June 2013
Pros
Nice Skin Animations are awesome Sounds are awesome Goes well with other COD Skins!
Cons
The skin itself is actually an HK416. Because of the delta ring/sights. But I'm not taking off points for that :D
VERY Nice Skin. Good Animations, Good sounds, Good EVERYTHING. Would Recommend 10/10
Reply
By DARKLORD666 October 2012
Pros
one of the better looking desert finishes i've seen smooth no glitches great anims. well done again sir
Cons
none
this weapon looks great with the u.s. army desert-flage survivors...
Reply
By AmpliDUDE September 2012
Pros
======== In general ======== + Looks very good. + Very good and fitting sounds. + Cool animations. + Not causing any problems. + Just awesome!
Cons
- None.
Well done, once again!
Reply
By acesilver August 2012
Pros
- The gun really feels like its the M4A1 from MW2, and even though I play BF3, i'll always pick the M4 in CoD because of how it looks. - The flashlight is a better improvement from the HK416 model one, and a good choice for using Arby's flashlight for your model. - Foregrip animations are always awesome and does make you feel you are playing like in CoD or BF.
Cons
- Obvious con is that the muzzle flash is seen midway inside the barrel instead of outside, implying that its from the VLTOR SBR mod, because of its short barrel. This is also seen in your HK416 mods as well. - Sounds are decent, but since this is a MW2-style M4a1, it would be appropriate to use the firing sounds from the game. - Texture seems more monochrome, despite trying to be two-toned with black and tan, however the black seems to have a small light brown hue to it that it appears to be another shade of brown.
Overall, a great gun, but it has flaws that can be improved upon and/or fixed. Suggestion, maybe move the foregrip in the world model upward a bit, so it doesn't obstruct the bots hands. A good example would be Arby's M4 mod, the one with the foregrip.
Reply
By ranger999 August 2012
Pros
Good texture Balance sound
Cons
Look like the bullet fire at the end of the barrel
Another good gun skin . Ummmm , the clip color is not too fit with the gun huh ? Can it look better if the clip have the same color with the gun ? Anyway , good skin .
Reply
Back to all feedback
Show more reviews (5/7)