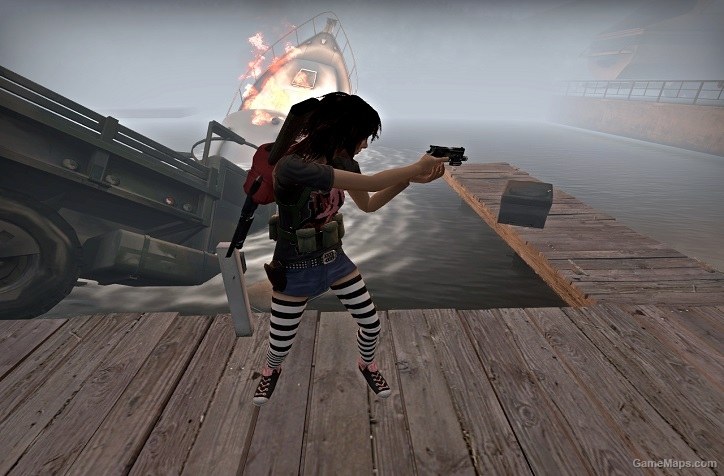 Delete Review
By rogerscameron January 2013
Pros
-HOT -This looks like how she should look. She is strong, but at the same time innocent looking.
Cons
-Sometimes, but rarely, the games servers will have a consistancy issue and exit.
GREAT!
By Zarrastro January 2013
Pros
-Interesting character change: She looks stronger and more decided, perfectly suiting the game. -It's Zoey, not another character who replaces her. -Works perfectly. As if it was original from the game. -First person looks perfect, although if it didn't, i wouldn't care, since i always play as Bill. -Cuter than original Zoey. -Impressive texture and model.
Cons
-Clipping is invincible... Great work managing it, though. It's less noticeable that in other mods.
One of the few mods i use permanently. I have Mac version of L4D2 and mods lag me a lot. This one doesn't appear to do so, and it's really interesting. I love L4D characters and campaigns more that L4D2 and this mod turns our good old Zoey into a much more strong person, decided to kill every zombie in sight. Great job!
By shayla17 September 2012
Pros
Love it your just missing a piece read the conclusion for ratings and reason
Cons
(Nothing at all)
My ratings is 9/10 your missing my piece of work im very disappointed you should know by now my favourite pieces I prefer you to make her have white hair with a replacement of louis and when you really get the job im keeping this new rating to 10/10 as in for you know what i mean thru the missing pieces
By freeway80 July 2012
Pros
Higly detailed textures, looks like a real teen. Amazing models, hair looks more realistic and it moves.
Cons
None i could think of.
I love your style, and her clothes are good. And dayum shes hot! :D
By LeggoMW May 2012
Pros
More suited to Zoey. Moving Hair!
Cons
None
I haven't had any problems relating to this skin, and I love it. It's more suitable to teenangst than the original Zoey. Plus, I love her stockings!
Back to all feedback
Show more reviews (5/16)