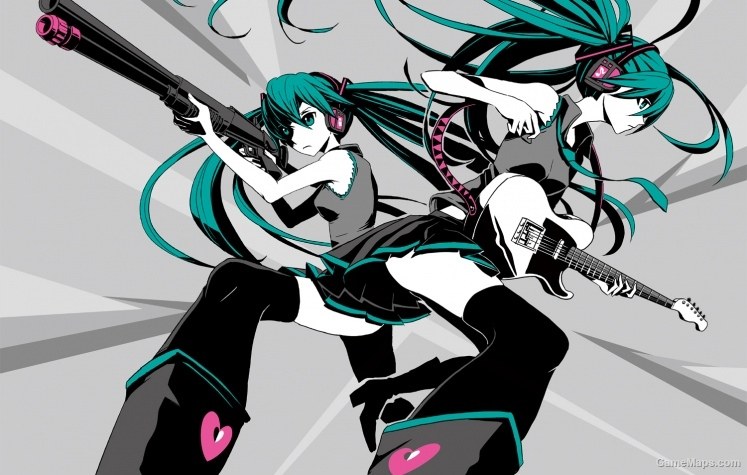 Delete Review
By Angelaa^^ July 2013
Pros
- High quality sound - Replaces almost every track of the game - Hatsune Miku - Very well designed it really fits
Cons
- Its getting kinda repetitive some times and hearing the same singer can bore you (no points taken) - It can be considered that someone has OCD with Miku (no points taken)
Miku is very popular as a singer in Japan (i know because i've been there), also Tekken is very popular as a game. I really love learning the Japanese culture (modern and ancient). Thank you for creating a very creative mod and i hope Miku becomes very popular around the world!
Reply
By Queenlolchuk July 2013
Pros
~The music choice. The music choice. Aaaand, The music choice. This is a perfect blend of such different genres of music. ~The concert is most definitely the best concert modification on this site. (The concert music on this mod is far better that the music on Devoc's individual concert mod in my opinion.) ~Even so, Devoc made very high quality pictures that enhances the Dark Carnival campaign enough to bring the player to another world. ~Zombat music is pretty sweet. I love how you chose Slayer music for...the horde slayer. Jeff Hanneman and Kerry King cracking of some crazy riffs while you shred zombies. Actually, the zombat music is F****** awesome. I would love it if you could release the zombat music on its own. (RIP Jeff Hanneman.) ~I'm surprised you managed to replace the Passing's radio music. I don't think I ever seen that before. ~It's Hatsune Miku. It's Vocaloid. Like it or leave it. I happen to love it.
Cons
~Every track is cut, for obvious reasons that I would guess is unavoidable. ~I can see some people being upset at how the zombat music is unrelated to Vocaloid and Miku. ~This mod contains quite a lot of hard rock and metal, which i can guess is unpopular to Hatsune Miku fans, not including me though. ~If you cannot stand screaming (Yes, Hatsune Miku does scream and shout on some tracks, such as the tank music when she screams DIE!!! DIE!!! DIIIEEE!!!!!!!!), you might not like this. However, if you feel like you are mature enough, this would be an interesting download. The game itself is rated M, so I would guess this would not be much of an issue.
How do I start this. I've been a vocaloid fan since 2009, and I picked up Left 4 Dead 2 about a year and a half ago and I'm still in love with it. I've also been following your mods ever since this mod was version one. Killing zombies and rocking out with Hatsune Miku takes the whole Left 4 Dead experience to another level. Today I finally decide to open my mouth to express my gratitude. Thank you so much for your vocaloid mods, and I hope your future works will be just as awesome! PS: It would be helpful if you could post all the names of the music producers in the changelog.
Reply
By youyou685 February 2013
Pros
-Miku -Concert -tank music -credits music
Cons
-nothing
very very fun, lots of different music. my favorites were tank and finale
Reply
By iTz Pete January 2013
Pros
-Music choice -Goes very well with other anime mods -Nothing beats the l4d2 credits song
Cons
-Nothing at all
Nice work
Reply
By Tyler401 January 2013
Pros
-Good music choices, nothing was on my hate list -Concert went very well -Parkway Drive
Cons
-Saferoom sound was catchy at first, but got a bit repetitive
I never liked Miku, but this mod always leaves me smiling at the end of the credits. I loved the tank music as well as concert music. Some of the starting music was pretty nice too. Fantastic work, I definitely enjoyed it.
Reply
Back to all feedback
Show more reviews (5/7)