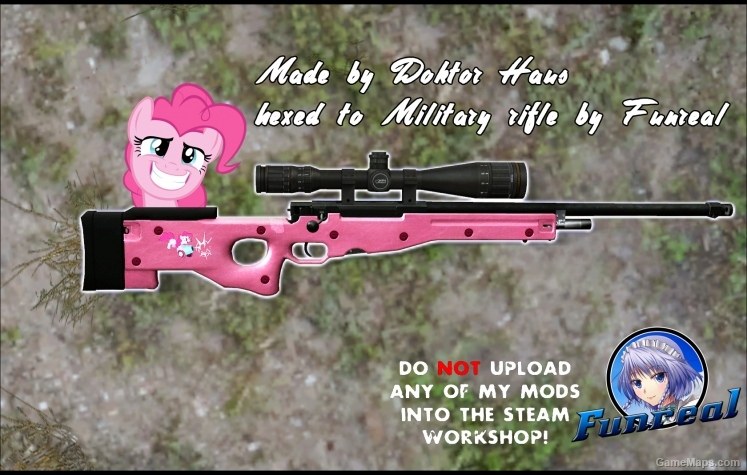 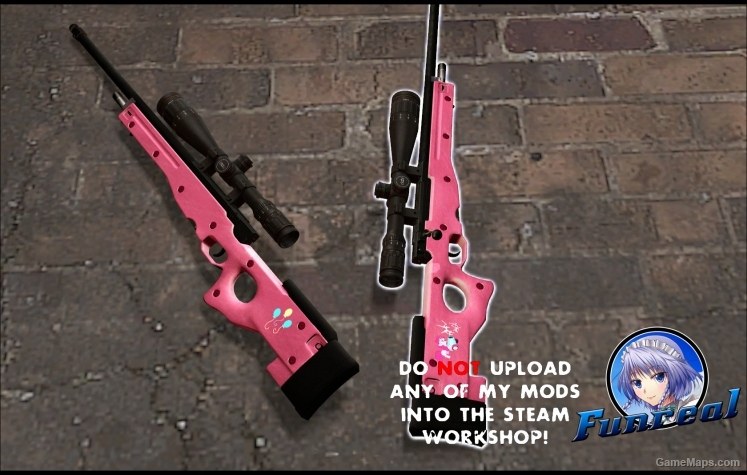 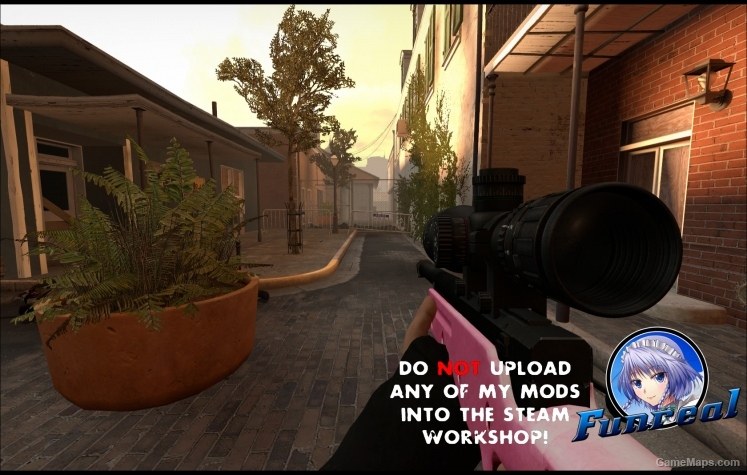 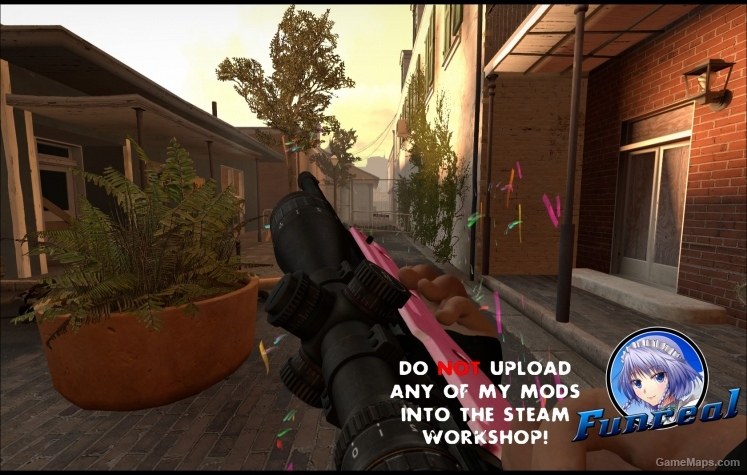 Delete Review
By Cleorie January 2014
Pros
1. My favourite colour- Piiiiiiiiiink!! 2. Love the design. 3. Love the party ribbon effect after shooting.
Cons
None.
Love it! I always choose this weapon after downloading the add-on.
Reply
By Dankermi September 2013
Pros
- It's an AwP! - Replaces the Military Sniper - The confetti effect is actually funny :P - Works completely
Cons
- There should be a non-pink version (though, it's mostly just a color so it doesn't affect much) - Mod doesn't come with the AwP sound by default - The shove animation actually feels a bit weak - On multiplayer if the server doesn't have the mod installed you are probably gonna bug out (but I'm guessing this ain't easy to fix)
The AwP is one of my favorite weapons, wish it was by default in L4D2, but then this mod came and that was solved! I still wish there was a normal-textured one, having a Pinkie Pie sniper doesn't bother me at all, but I guess I'd like the green above the pink, the shoving animation is a bit weak as well. Otherwise the mod is really promising, the confetti actually feels funny, nice job guys! This is now the sniper I will keep :P
Reply
By left4dead2pelaaj***ah August 2013
Pros
great model good in most ways as said, unique animations
Cons
pony shit muzzleflash... the effect
could it be the original one for military sniper?
Reply
By coukincho August 2013
Pros
Unique AWP Pinkie :D High quality textures Good animations Smoothly animated textures
Cons
Weak feeling melee I always confuse it as a bolt-action rifle and always wait for the animation to end T_T (No points taken)
So far out of all the skins I have downloaded, probably my favorite. Beautiful. Looks like I'm going to use the military sniper much more.
Reply
By derpyh00ves February 2013
Pros
Awsome decals animated picture pinkie pie overall freakin shoots confetti
Cons
idk if its just me but the animations for 'reload' 'fire' and 'bolt' are all mixed up. like i said im not sure if its me but i wont take any points
i love the confetti effect the most. great pony mod!
Reply
Back to all feedback
Show more reviews (5/6)