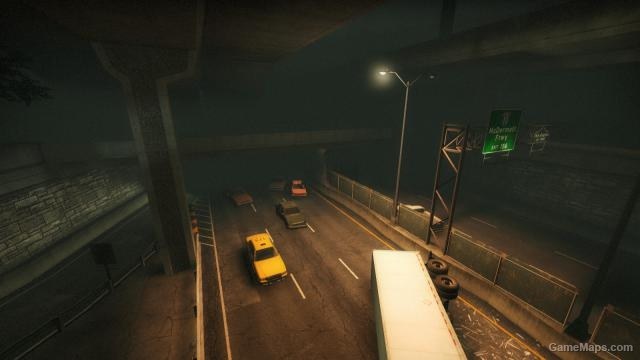 Delete Review
Challenging!
By Emersonrick May 2022
The campaign itself is very good, very challenging, but if you can add instructors or more tips on ways to go, it would be better. I got lost many times, I even thought about giving up or using console to advance, but I restarted the campaign with the BOT + mod and they alone showed me the correct path, if it wasn't for that I would hardly find the paths. The idea of fake safe rooms was genius. After a few minutes I could see that it was a fictitious room, congratulations on that. Another suggestion if possible, there are many places and rooms that we ended up exploring, but all in vain because we couldn't find anything, adding vital items in these places encourages us to explore every bit of the maps. Congratulations and Thank you.
Thank you
By EshmawyMan October 2020
Maybe i am one of those who tried the older version of this campaign when it was only 2 maps and i just deleted that version i got so few minutes before i leave this review. I also remember that it was one of the very first custom campaigns i tried in L4D2 world as i was so excited to play through new environments other than those original ones that's why i mainly got my steam account for XD So i remember i left that review full of happiness on your incomplete campaign (2maps) thanking you for such effort because i do appreciate presenting those new environments through new maps and campaigns for L4D fans as it makes the game alive as if all these campaigns are connected in a way with different scenarios, skins, themes, scenes and more. Despite the fact i played that campaign only those 2 levels over a year ago, i was going through those 2 levels again so few days ago playing this complete campaign i downloaded months ago, retrieving all custom campaigns i remember i got one day, and i got to know where to go and when to end each of those 2 levels as if i played them yesterday. Of course it was a lovely terrifying experience to get into another 3 levels following those 2 levels i played and remembered to discover what was waiting for me on those 3 levels and it was completely fine for me. - I loved those warnings especially in map 2,3 & 4 about alarms in the market, houses and gates giving the player the option to go through them and start the alarm or find another safer way which i picked by the way XD due to another fact that i played it with Bots on Expert SP mode so i chose the safest ways to go through the campaign and make sure Bots were safe because it means i am also safe and protected. - The longest chapter was the 3rd and i found tons of supplies that bots had their HP almost filled plus a health kit they got besides bombs as it was really great and yes, it deserved a panic event like that to run in water to turn of the alarm. The only issue i got and i believe it's my own mistake as it was on map4 when i didn't know where to go and spent some minutes in that hole trying to jump to the other side, but the way was clearly shown through that building XD and still enough supplies. - The finale was so nice and it reminded me with Dead Air but it was inside a hall which was so clear. Maybe the radio lacked some voice over it to tell me anything, but it's fine. - Finished that campaign in 2 hrs & 5 minutes on Expert SP mode with only 1 Restart that was by mistake in map 2 by the highway when a tank kicked all of us XD . - I love this campaign and finally deleted the older version with only 2 maps to keep the most updated and only left complete version of that nice work. Yes, you came back and updated it or i just found the other version of that campaign after the incomplete one was deleted from website XD whatever... Thanks again!
Review
By ErrorUnknownGT August 2020
Really enjoyable campaign. Only issue I encountered was the bots had a lot of trouble navigating on chapter 4, they teleport constantly and lag behind. Other than that though, really fun experience, huge maps with a lot of exploration, optional panic events, confusing but interesting and complex layouts and overall a lot of fun to play!
Great map with amazing level design
By KresoSusec August 2019
Can you please fix problem with conection. For example, when new player arive-come-join the game - game go back to loby. I love this map, level design is amazing. Not crash, just turn us back into loby.
Very Good *Spoilers*
By dtab96 December 2017
Pros: The level design was pretty well. Good supply distribution. Finale had a neat atmosphere with the soldiers in the guard towers and the humvee driving around in the airstrip. some alarm triggers are avoidable which is good if you dont wanna deal with too many hordes. The "Hard Rain" keeps it from getting too dull. Cons: The soldiers in the finale shoot you instead of zombies so stay away from the hanger entrance lol Easy to get lost and confused in few places like at the beginning and in the military base (i spent a good 20 mins trying to find the damn safe house.) the design was well done but pretty common. OMFG So many CAR ALARMS! Hope your a good shot or have a melee weapon] The stats at the end all read zero. Overall it was a pretty good map. Just need to fix a few things.
Back to all feedback
Show more reviews (5/22)