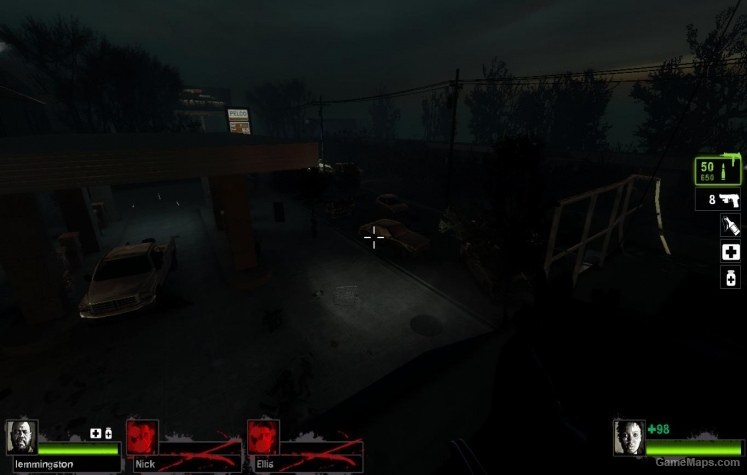 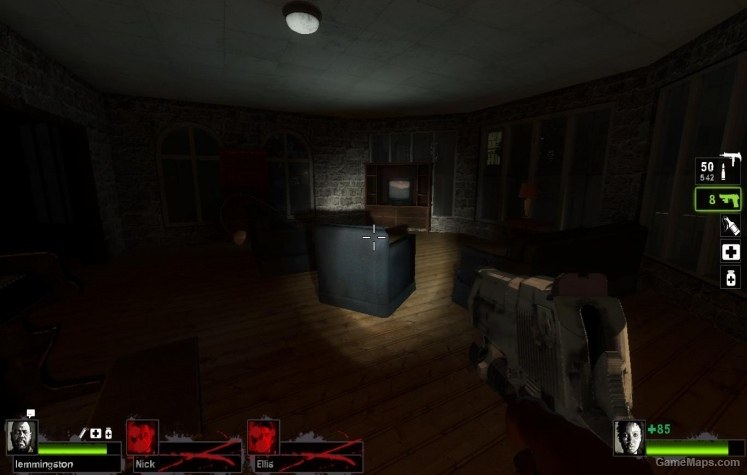 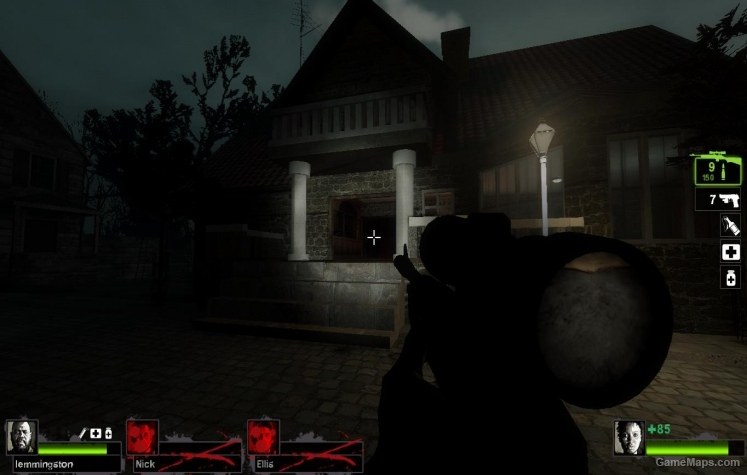 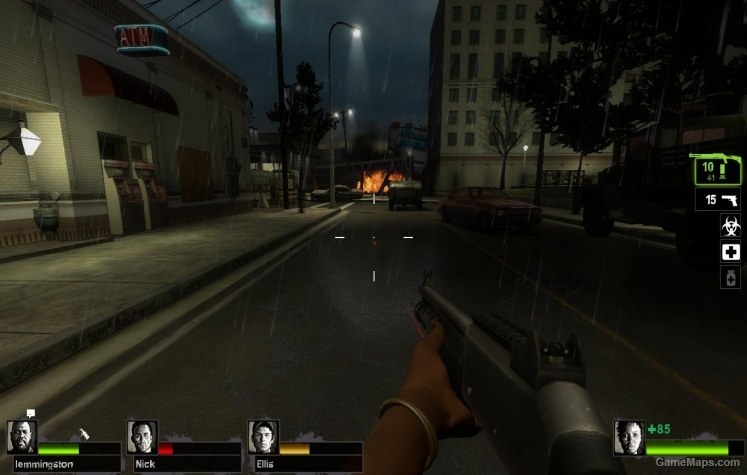 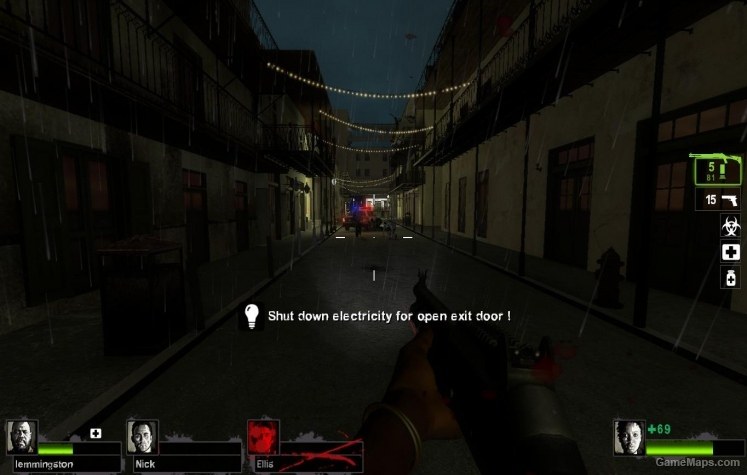 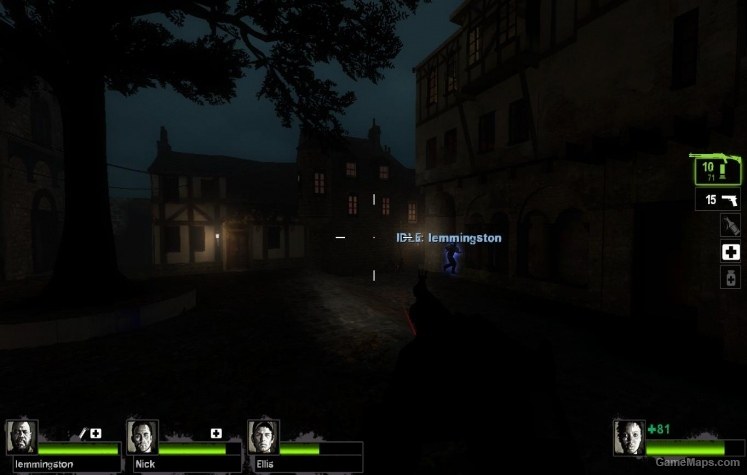 Delete Review
Good & challenging campaign
By kurochama November 2019
Actually I tested the v5 first before trying to play this to see if there's a similar bot navigation version in this old version. In overalls, the bot navigation is fine. Some areas are explorable. The supplies are enough. Even there's hunting rifle on map 1. On map 2, there are several holdout events starting from the church to the military base. The defense at the church takes rather long as the flame at the destroyed gate takes more time to extinguish. Then, survivors change the place of defense at the military base until some support barrages from the air come & the rescue truck arrives. When riding on the truck, survivors need to defend for awhile until the truck arrives in the garage as the saferoom. Map 3 has L4D1 survivors helping during turning off the electricity of a building. The finale is about defending during waiting for the rescue boat, but it's not the usual defense event. There's rescue background music, which means that even a tank will keep coming from the beginning of the event, along with the endless horde & some special infected. A strategic place to defend is necessary on the finale. . What is challenging in this campaign is the panic events. From map 1 to map 3, endlesd panic events happen near the end of the map until survivors reach the saferoom. The finale has special panic events as I mentioned on the previous paragraph, but they're probably easier to overcome if players know the right place to camp during waiting for the boat. . In short, I found this campaign interesting. I'm keeping this one in my addon folder to play with friends later.
Review
By ErrorUnknownGT June 2016
Perfect campaign. However, the map isn't the most visually appeasing. For example, I can see areas where there's no water off in the distance which is immersion breaking. Other than that it was perfect. Great map design. No botnav errors. No glitches/bugs. Nice work.
Excellent map
By Aeonflame September 2015
One of the best maps I've played in a while. I avoided it at first because of all the negative comments. I don't know what the hell these people are talking about. The map was very well designed, and fun throughout. Kudos and I look forward to more from the designer.
By ==Maverick== February 2015
Pros
- Good amount of throwables/health items. - Thats about it
Cons
- Almost nonstop hordes - Too easy to get turned around - Stretched textures - Everything about the finale - Everything else in general - Too many panic events - Survivors often made comments about things that didn't have anything to do with the current objective.
This has to be one of the authors first campaigns, and if it isn't, Ill be checking his others to make sure I dont accidentally download it. The concept was a good idea but overall it was a horrible experience. There was way too many green things/panic events, not to mention almost non-stop hordes which lead to very little exploration, which is a major deal for me and my group. By map 3 we were just trying to rush to finish the campaign. Oh yeah, the finale...since you painted everything else in the campaign with a green glow why didnt you make virgils boat green? Would have been nice since we were looking around for our next green objective.
By ****7_**** December 2014
Pros
Events were crazy Tons of supplies Everything highlighted for puzzles, so I didn't have to wander around searching. Atmosphere was great Changing locations with saferoom vehicles. Lots of direction Original survivors cameo
Cons
Pretty easy to get turned around Saferooms don't start with guns and supplies. Bots didn't run across the bridge in map 2 fast enough and got killed. If you get too far ahead, mostly in map 2, an explosion might get you. The bots just can't handle the revolving door. I'm pretty sure I just got lucky that eventually they moved and let me get through. Finale starts off at "Rescue Has Arrived" horde + tanks and Virgil takes too long to get there.
Fun campaign with crazy hard events. The finale is nearly impossible, but it's a good concept. The layout of it expects you to be very mobile, which would be fun to battle a lot of tanks in, running from supply pile to supply pile, but the waves of hordes in relatively confined streets and buildings make that difficult.
Back to all feedback
Show more reviews (5/18)