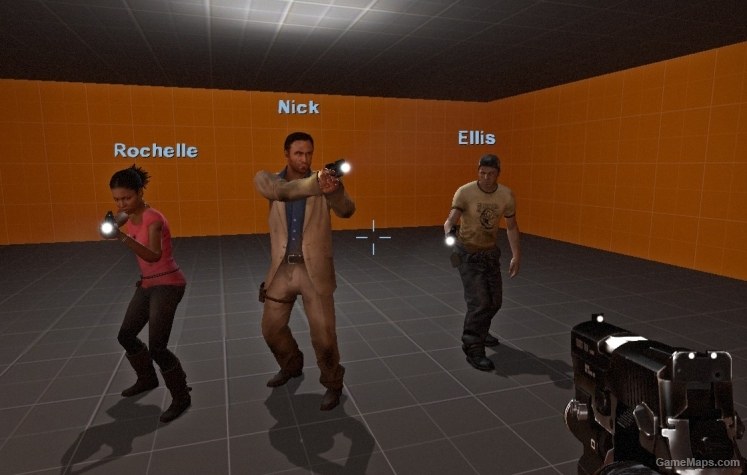 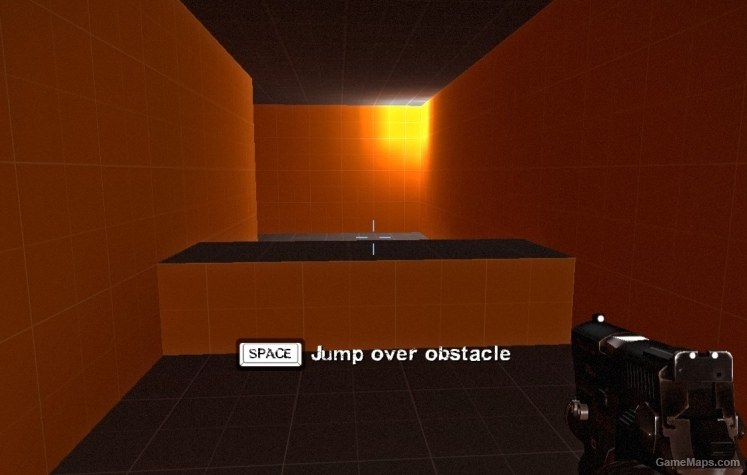 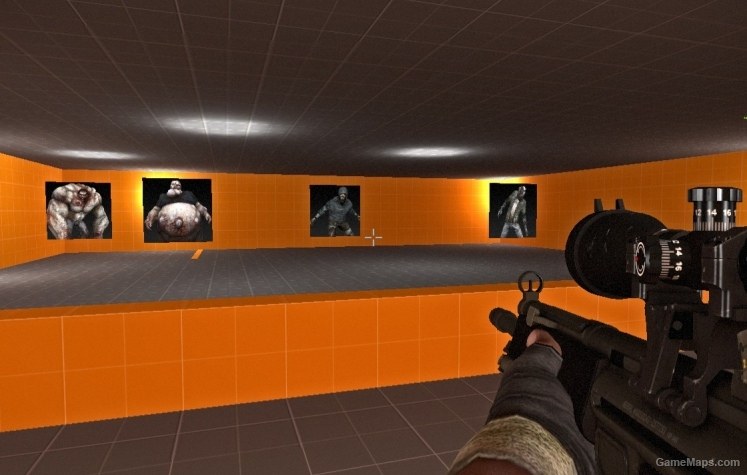 Delete Review
By nick-kcin May 2013
Pros
-it is fun, good idea, you can even make portal-like campaing of escaping that rouge instructor. -you can actually learn something out of it.
Cons
-very small -bugs with jokey and spitter -at second time i managed to avoid the "death trap" at the end. (the one with fire)
extend it, or make more maps and make campaing of it. i love the idea.
By shadowpaladin1 September 2012
Pros
It's a tutorial Traps Tricks
Cons
You forgot shoving You forgot ammo upgrades You forgot throwable items You forgot gas cans, oxygen tanks, and propane tanks You forgot crescendo events
Needs more tutorials.
By KrisSchouw September 2012
Pros
+ Interesting Concept + Humorous + Tank Trap
Cons
- When the Jockey spawns in its cage, he's glowing blue. - The Spitter also glows either green or blue, but spawns horizontally on the ground. - Far, far, far too short. This concept could be expanded into a full campaign given the premise.
I like the idea of having a Left 4 Dead 2 Tutorial map that winds up being some kind of trap, and the humorous lines here and there are certainly a nice touch. There are a couple bugs with the special infected spawning in their cages, and the bot survivors tend to stay in the area in which they spawned. The biggest downfall, though, is the duration of the map. It's beatable in under 5m if the player knows what they're doing. I think given this concept, the map could be made to be much more than what it is.
By 5566Westside August 2012
Pros
+ Interesting + Unlimited weapons + Hilarious
Cons
+ Map too small + Don't listen to what instructors said in the game
Overall this map still quite ok but still can be improved on the buttons where u choose to press the special infected.
By The Suggestion Medic August 2012
Pros
+Funny +Pretty much covers everything +Tanks.
Cons
-Somewhat small
It's a good map for newbies and people who play The Stanley Parable.
Back to all feedback
Show more reviews (5/11)