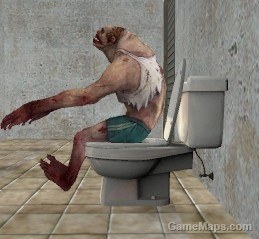 Delete Review
Review
By ErrorUnknownGT December 2020
Whilst the environmental design is a bit on the rough side most of the time, the gameplay is a lot of fun and there's plenty of goofs this campaign offers. You'll be looking for items to progress (that aren't obscenely difficult to obtain) going through a lot of nonsensical events and general madness, and plenty of tanks of course. Not your standard L4D2 campaign, that's for sure which is typical of goanna, lots of fun. In terms of issues I encountered, only one where the bots will walk into the water in the finale which is insta-death if you walk along the outskirts of it. Plenty of supplies offered to balance the BS that may occur!
Eartaters is AWESOME!
By Wretch78 December 2020
This is my favorite campaign out of the four Goanna has done, and that's saying a lot because I love them all! As usual, there are a lot of things in this campaign that you won't see in others. I love playing this with a friend who is unaware of the surprises throughout, their reaction is always hilarious. So proud of you Dad for all of your hard work, the best one yet!! <3
Another good campaign about puzzles &amp; unique gnome features
By kurochama December 2020
Played this campaign, & cleared after one restart on the finale because of drowning :D . For those who have ever played "Death Island" campaign, they'll feel familiar with the mechanisms & the puzzles, & I'm pretty sure that they can clear this campaign without problem. Bot navigation here is good in overalls, & there's a feature on map 1 to prevent the bot's favourite move "jumping from the long ladder to death". The supplies are enough, or more than enough with the help of some gnomes. There's gnome feature here, & each gnome gives a different response. One hint is, not all gnomes are kind, so, listen to what they say. The directions are clear. Some items don't glow so players need to look carefully, but some lightings at certain areas help figure out where the items are. & this campaign can be played in Singleplayer, with more caution as bots can cause some unnecessary problems, like for example, shooting some witches by accident. . Map 1 is a kind of jockey's map. There are many jockey traps here, but they're still avoidable. This map has some objectives. Make sure to read the hints written on the wall first. There are some gnomes here that loves farting :D . From map 1, there are traps to punish rushing players. Rushing players will more likely got ridden by a jockey, because some sleeping jockeys can suddenly wake, or they can suddenly jump from the ventilations. Good weapons are provided in a room with a radio, along with other supplies . Map 2 has an interesting feature: riding a helicopter moving on the ground. After the fix, now bots can warp into the helicopter once players turn the engine on. It's kind of safer riding a helicopter than walking though, because there are witches wandering somewhere. This map is also perfect for special infected, because survivors walk on a road between hills & there are trees & bushes to ambush. There are some gnomes here that can give something, but remember the hint I mentioned above. . Map 3 is a trap-specialized map. The first gnome will show you about the clue. & rushing players will get some punishments here. There are traps that are only avoidable if players are cautious enough to look around. In my play, I had been cautious since the first gnome, so, I only stepped on one trap as I was caught off guard when running backward, a landmine. The damage was more than half of the full health, but I could still walk in normal pace. There's an abusable trap that has switches, so beware of troll players or those who love pressing a switch spontaneously. On map 3, prepare for some tank challenges, but they're still doable as the tank only comes one by one & the area is wide enough to shoot & run. The end of map 3 is kind of challenging. There are some tricks to avoid disadvantages though. I won't spoil about what's at the end of the map. . Then, the finale is a holdout finale, but with some puzzles in the beginning. The puzzles are not difficult as long as players read the instructions on the walls. The directional arrows are somehow tricky & at the same time helpful. I restarted once because of the arrows. The water looked shallow, so I tried to jump and..., well, you can figure out what happened afterwards :D . The last puzzle before starting the finale is kind of tricky because the last item doesn't glow so players can miss it easily. There are some good places to camp. The rescue unit doesn't glow either, so it's also tricky for players who play this map for the first time. The rescue unit is really surprising, so surprising that for a moment I was afraid to get in :D . . In short, it's a good campaign about puzzles & traps. The traps are still friendly & avoidable so it's still playable. It's good to see another campaign with puzzles after a long time, as I need campaigns like this to vary my play when I'm bored of linear or normal custom campaigns with normal mechanisms.