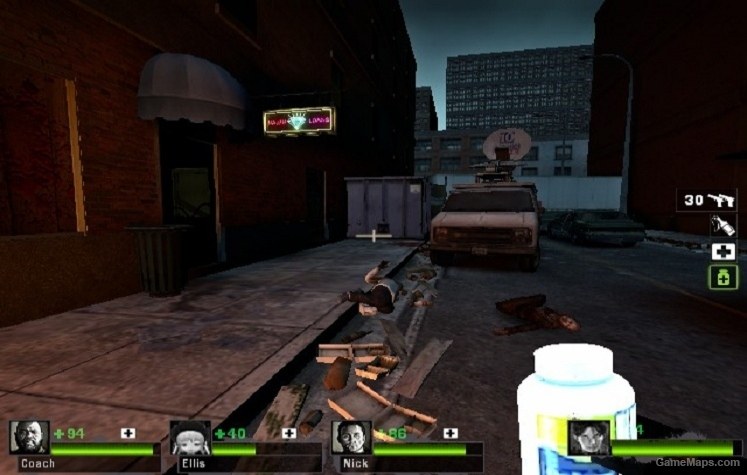 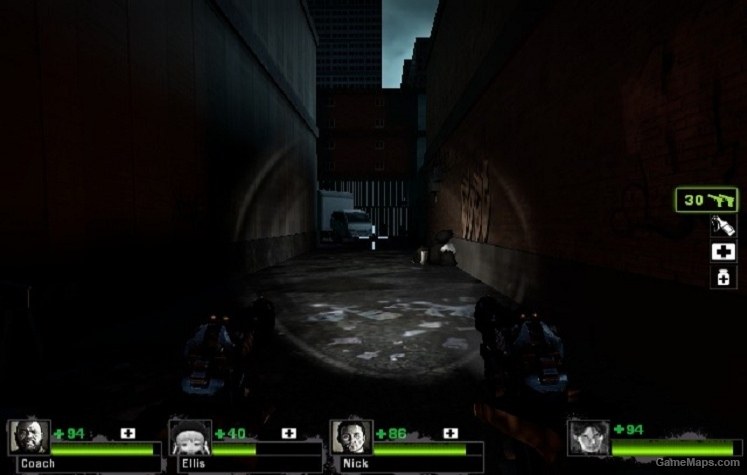 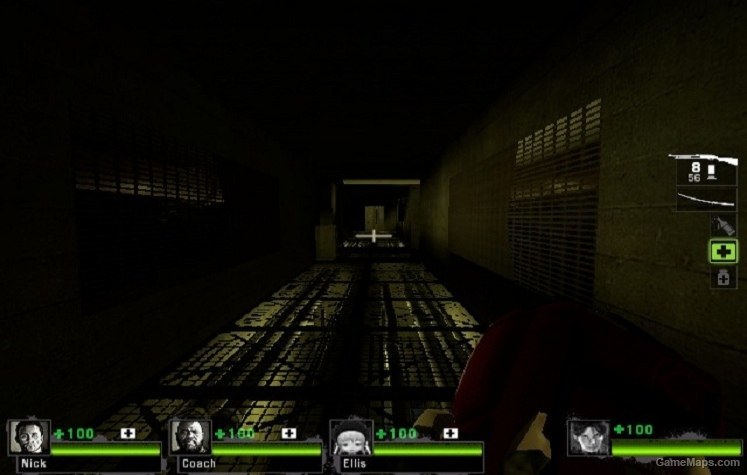 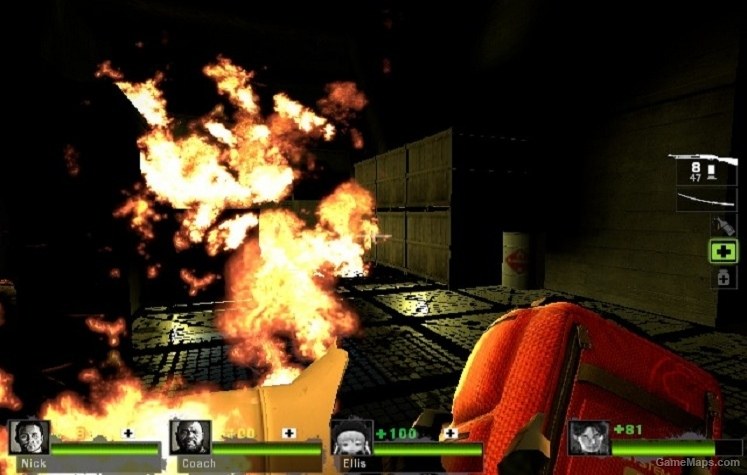 Delete Review
Playable, but map 2 and 3 has extreme difficulty even in Normal mode
By kurochama February 2021
This campaign works till the end. However, there are endless panic events on map 1 & map 2 that other players might find them difficult. There are many bile bombs, & there are some ceda zombies too, so the bile bombs can be used for distraction. Unfortunately this campaign lacks good weapons on map 1 & map 2. The directions & highlights are clear. . What makes it difficult is the more frequent special infected respawn interval. That happens on map 2 & map 3. The hardest part on map 2 is when survivors are in watery maze with endless horde & faster special infected respawn time. & for map 3 the mini finale with the objective to press switches to open the gate can be difficult. There are many explosive barrels around & there are some forklifts that can fly when a tank smashes them. It's safer to destroy all explosive barrels first before starting the mini finale so that it will be less risky when shooting while running. Then prepare to fight with tank several times (like 3 times). But that mini finale is not the end. After that, survivors have to cross small bridges with chargers & smokers as the most frequent special infected spawned. I died once because a charger took me down to the pit when I was crossing the small bridge. . Unfortunately, this campaign isn't ended well. Survivors enter saferoom, the transition screen appears, & then the screen is frozen & players just stand & can't look around. This happens because there's no next map when the script triggers the "changelevel". & it's kind of impossible to wait for the release of the last map, because the author has been long inactive. . So, in short, if you just want to feel the challenges on map 2 & 3, you can try to play this campaign. It's not recommended to play in Expert difficulty, because map 2 & 3 are really difficult in Expert. But if you love challenges in Expert, go ahead & try it.
Zero and i guess my review was deleted in a way so it's a Zero rating
By EshmawyMan January 2021
I remember i rated this campaign and left a long a$$ review and by accident i was checking to make sure i tried it or not to see my review was deleted. my rating is even saved as only 1 poor star. No stars are for a campaign that gets my comment on it deleted that way. It was anyway good during the first 2 levels and i hardly made it to safe room on first chapter and second chapter was fine, but 3rd one was insane. will check some maps out and get back maybe i edit my comment.
LARGE maps filled with events, hordes, tanks
By Mz Cookies May 2018
PROS - Plenty of items if you explore CONS - Confusing HUGE maps - Impossible on expert - Tanks while in the water? - Last map is way too long - Maps are bland, repeitive - Map 3??? really... multiple tanks / fire explosions and a long way to walk after - Turning off the alarm during the maze does nothing.. horde still keeps coming - Horde triggers randomly - Increased SI during the maze OVERALL Maps are far too long. Avoid
By jn31 June 2014
Pros
-cool city!
Cons
-too hard
no conclusion
By monstergaga(l4d) March 2012
Pros
- Good Layout - Solid - Good Campaign - Good Supplies were put to good places - Good Update - Lots of Crescendo - Good Challenge to expert likes - Loong Looong Challenging map - Map2 just like hard rain many witches
Cons
- Too many crescendos - A few minutes after a horde there comes another horde - Map 2 sewers crescendo is really hard especially you gotta fight on water - Map 2 too many Jockeys and smoker after one dies many appear - Too many special infecteds try to reduce them - Map 3 too many Exploding Barrels when i 1st try it i shot a boomer and some of my shots miss they shot a exploding barrel the barrels cause lots of explosions it made my teammates die - In a room theres an invisible control mechanism or something when i went to a corner - Too many never ending crescendos
- I gotta say it's a good map i tell you althought i always die on Map2 too many crescendo and special infecteds after one horde with many special infected after a few minutes or seconds another horde shows up just too many i can't even finish it well read my cons and pros maybe another update will do
Back to all feedback
Show more reviews (5/7)