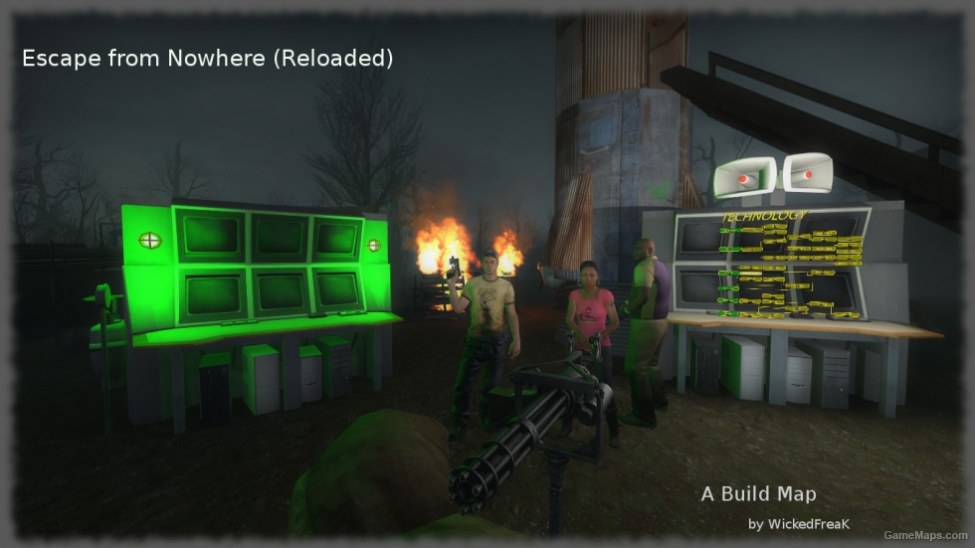 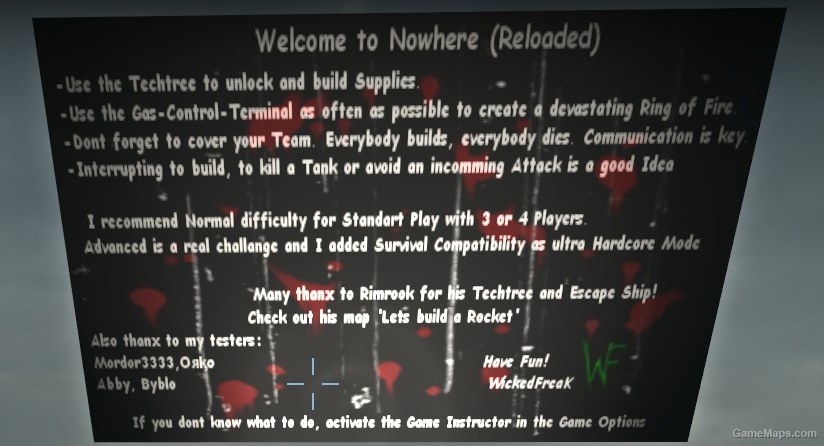 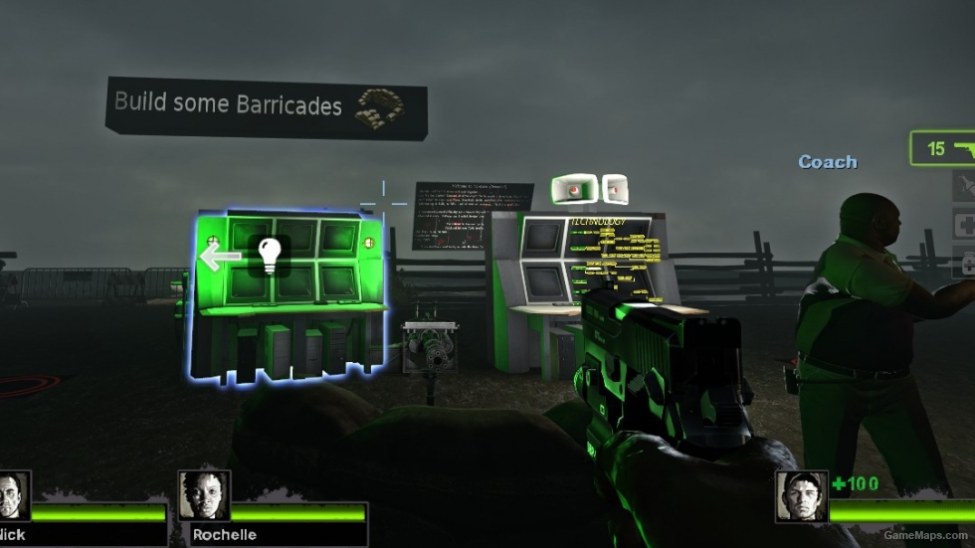 Delete Review
Challenging if played Alone but Fun
By furrydragon42 August 2020
It's a challenging map if you play alone. I had a mod for better AI so they can pick up all kind of items and use them. They even helped build the barricades while I used the mounted minigun. Took me 6 resets to finally have a good strategy to survive long enough to escape by building that rocket piece by piece. I really enjoyed it even tho I was alone.
Short but good campaign about buiding stuffs
By kurochama July 2020
Reading the description about survivor players are recommended more than bots, I decided to try & prepare a portable sentry mod from an author here as a replacement for survivor players while at the same time checking the playability. I took like about 36 minutes because I built some unnecessary things too to crowd the place lol. Actually bot navigation is fine, but they're not much of help as most features here require players to operate. In other words, the more players are in, the faster it will be to finish the campaign as more players will make it possible to do multi tasks at once. Besides the environmental building spots, there are some features about item creator machine & a machine that calls area support that protects survivors for awhile. . & then about building things, some strategies are needed. Survivors may choose to build some barricades first, but building weapons & recovery items are necessary too, especially because after certain minutes have passed, a tank will appear so weapons with good firepower or molotov/ gascan is needed to handle the tank. In my play, I decided to unlock smg & then rifle first, & then medkits afterwards. The item summoning process is quicker than the item unlocking process, so it's kind of helpful. After getting the desired items for defense, it's time to build. If all 4 survivors are players, multitasking while defending strategy is good. For example two players stay alert for zombies while the other two are doing multi tasks. Or if the team is confident enough with the skill, having 1 player staying alert & the other 3 doing multi tasks is fine. . Then, now it's about the building objectives. There are 3 main objectives: filling up the gas, making a bridge, & then making a rocket. The instructions are clear as there's a kind of banner that show what the next objective is. The length of building process varies on each environmental stuffs. It's long enough to make a special infected grab you, which is why survivor players are recommended, as they can cover & react much faster to zombies & special infected while the other one or two (or three) are building some stuffs. Certain musics will be played as indicators when survivors are close to finishing the campaign. . There are some drawbacks in this campaign to evaluate for the next updates. The first one is the background music. I think it would be better if a music is played since the first spawn, so that players can build while enjoying the music. I ever played another campaign about building stuffs & there's a background music so the building processes didn't feel too silent. The second & the last one is the rocket building process. There's no indicator or notification about how many remaining rocket parts are left, so players have no idea how long it will finish. It would be better to put some instructions closeby about the remaining rocket parts, just like the indicator on the generator about how many more gascans needed to fill. . In overalls, this good & playable, but not recommended to play in Singleplayer. If someone insists on playing it in Singleplayer, at least they need some supportive mods like automatic sentry turrets because bots alone can't handle the defense properly while the player is building something (well, everybody knows how annoying the survivor bots are if it's about defending & helping player getting caught by a special infected). But actually it will be more fun if played with players. The multitasking & people going here & there to build several stuffs at once, that's probably the main purpose of this campaign. So, make sure that you have at least one or two friends to join before playing this campaign for the best experience.
Horrible, Dont Attempt without Full Team
By AmazingNep02 June 2020
Rating 1/5 This is a HORRIBLY unbalanced map, things take FAR too long to unlock(30 seconds for a turret is stupid) while u have UNLIMITED commons that can easily overwhelm the team, its horrible and it needs a lot of balance and needs weapons spawned at the start and maybe put a point system and more u kill more u can "buy" unlocks like mag, items, spawning reinforcements, etc , def could use work and i wont be trying another build a map, even if other build a maps are far better, this jus left a bad taste. I hope creator balances it better
not bad butlot of bugs
By joss55 August 2015
some good ides but lot of bugs cant see any items of barricade , no boomer bile ): too much zombies cant play with bots , lot of textures missing? or its just me soemtimes isee barricades soemtimes not but the map look fun unluck
By DragonHunter1121 July 2013
Pros
-Lets Build a Rocket Map +5 -Longer then Lets Build a Rocket +1 -Requires a lot of Teamwork +2 -Creative Path to The End +1
Cons
Oh boy, there is a lot -USELESS fortifications -.5 -Bots are useless -.5 -No Bile Bombs -2 -Too Much Zombie=WAY too much lag -3
Great Map with great ideas, just so much zombie which make so much lag happen to make this map next to unplayable.
Back to all feedback
Show more reviews (5/24)