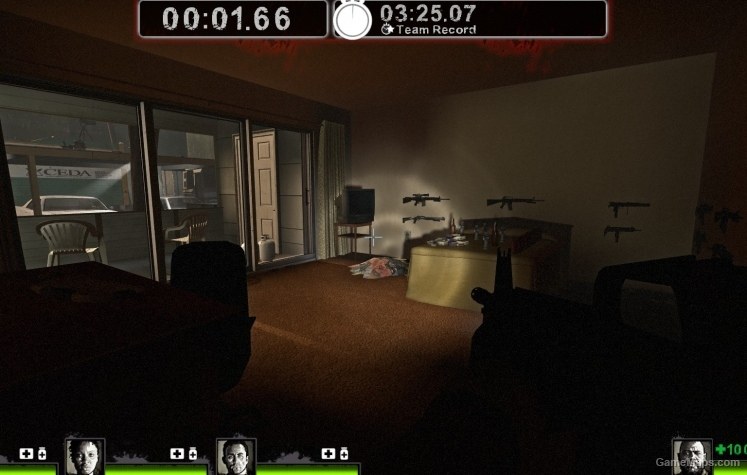 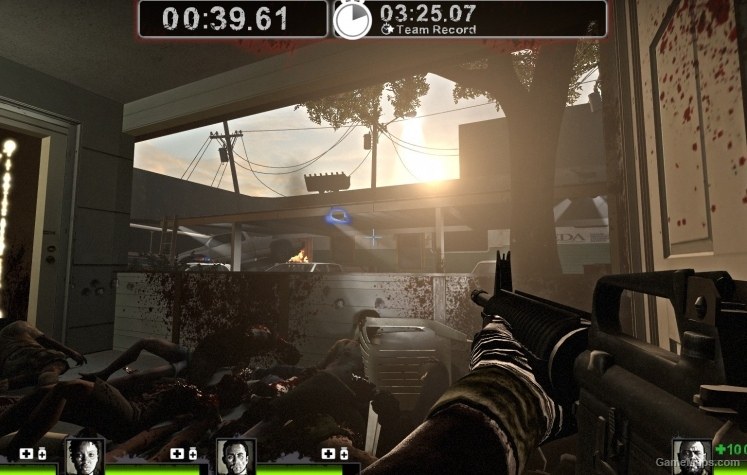 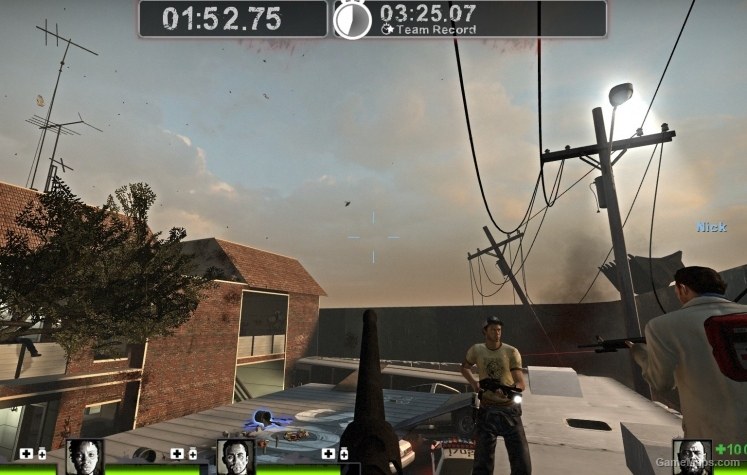 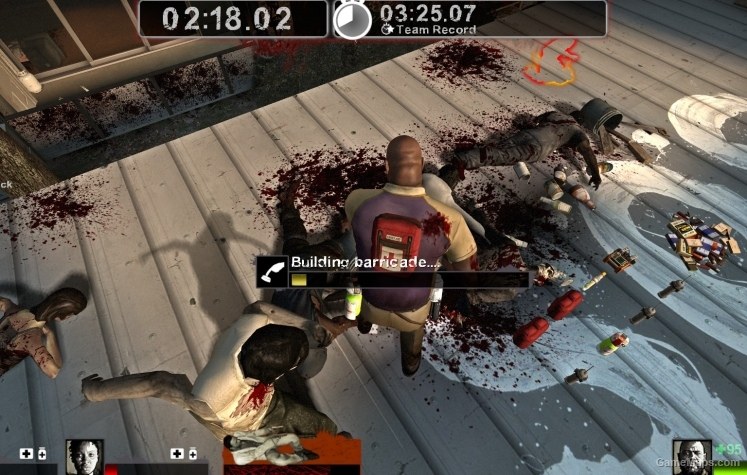 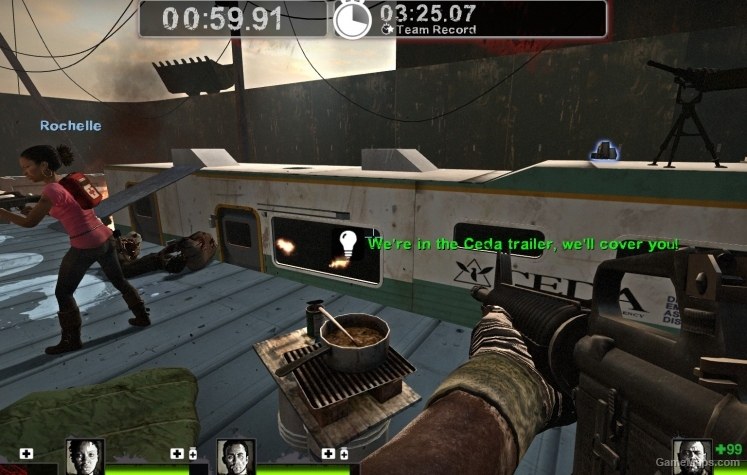 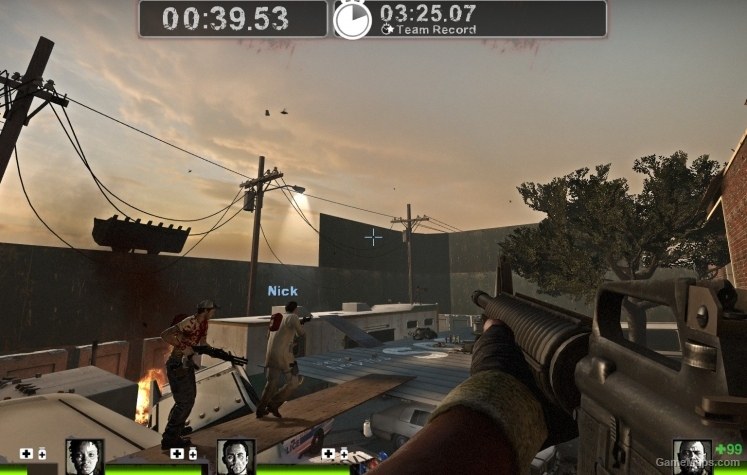 Delete Review
By SwiftShadow March 2014
Pros
- Your apartment looks nice - Plenty of weapons - The guys in the CEDA trailer will help you - You can barricade some stuff in this map - The amount of zombies that spawn - Random props that were meant for an apartment - CHOPPA :D - The weather changes
Cons
- The map is too small - Tanks often corner you - The bots shove everything they can.
This is a great map but I expected that you could go inside of the CEDA trailer :/ meh, once you get in you cant close the door anyways
Reply
By ChocoNaner October 2012
Pros
Soldier support Barricade idea Supplies aren't spread too far
Cons
2nd floor special spawns are hard to deal with because of the tree, particularly smokers because they blend in AI derps when you're on the CEDA trailer, they drop down and climb up constantly while not defending themselves Barricade takes forever to build and works against you for the most part
IMO you had something good going here until you got to the placement of certain things. The 2nd floor allows for specials to spawn without really having to worry about dying quickly from the tree giving them cover. The barricades give more cover to the infected than they do to the survivors and the time it takes to build them is excessive if anyone decided to use em. The AI, as mentioned in the cons, tends to derp when going on top of the CEDA trailer. Whenever a smoker or jockey was able to get me off the trailer (usually around the 4-5 min. mark when like 3 smokers would spawn at the same time) it was basically impossible to get the AI back up without 1 or all of them getting incapped and dying. Consider moving or altogether removing the tree. Might want to make the space between the trailer and the roof of the lot larger so the AI derp less. Get creative with the barricades, can't really tell you what I would do with them though.
Reply
By ketsa****a June 2012
Pros
Soldiers in CEDA trailer Barricade (See Cons) Fixed machine gun Huge supply cache I personally couldnt get to the weather change but Ill give it to you
Cons
When building barricade NPC's get trapped inside NPC's get stuck on barricade and cannot get passed it Tanks die to fast because of CEDA trailer Who has that much stuff in there one apartment? Long time gap between hordes Takes a LONG time to make barricades
Its an ok map, I do not like the barricade system because I see no use for it CEDA soldiers are an amazing idea and wish to see more of it but they kill everything in sight When I got grabbed by a smoker all the NPC's did was sit there trying to move but they got stuck on the Barricades I didnt see a pink and black checkered box tho, I doubt thats his fault you might be missing a texture
Reply
By Vince Lionheart April 2012
Pros
+Nice atmosphere and well designed map +If this is based on real place, you did a great job +Map had creative ideas (the soldiers, barricades etc.) +I love the house and the interior designs. They are well made +Supplies are enough +Gameplay is smooth and with help from the soldiers, etc, it somehow balance the difficulty of the map +Guns, turrets placement are erm.... strategic? xD
Cons
-Well it does based on an apartment, but it's kind of small -I don't know why but sometihow the chopper doesn't come and weather won't change (for me maybe) o_o
What else need to be said? This map is great and I love it. Played it repeatedly with friends and bots. If the cons are fixed, I'll be glad. :D
Reply
By SpeedBoost March 2012
This user has been banned.
Reply
Back to all feedback
Show more reviews (5/7)