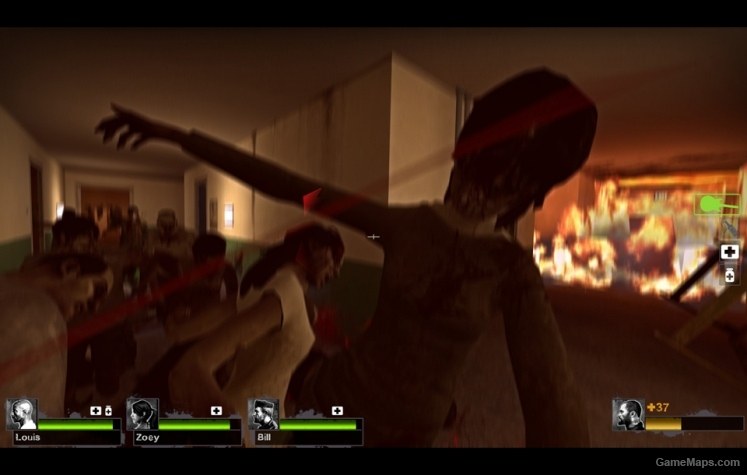 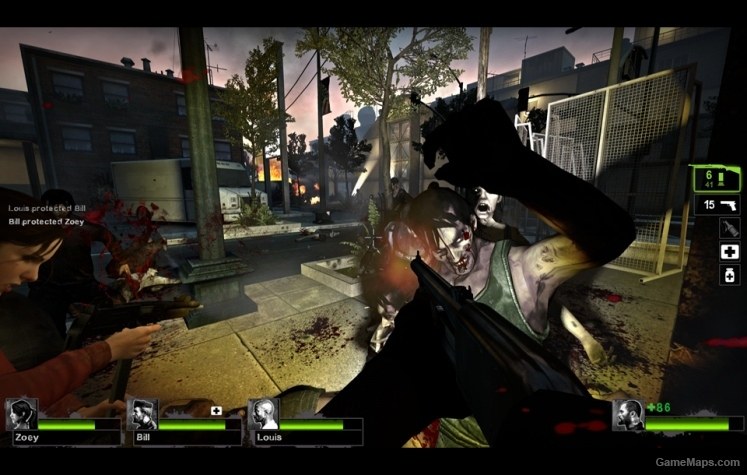 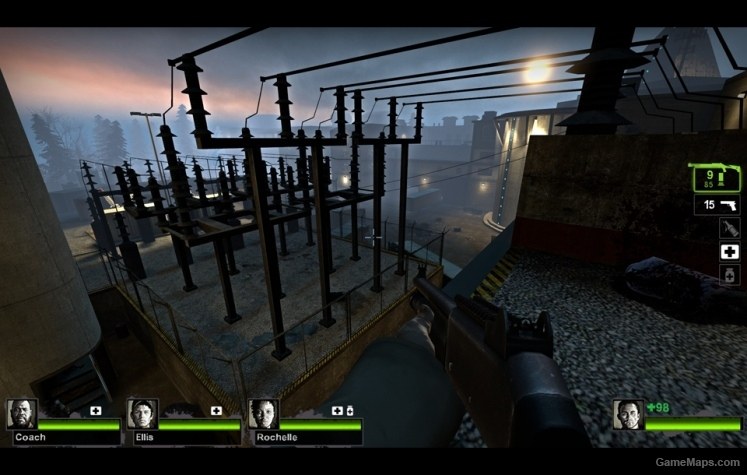 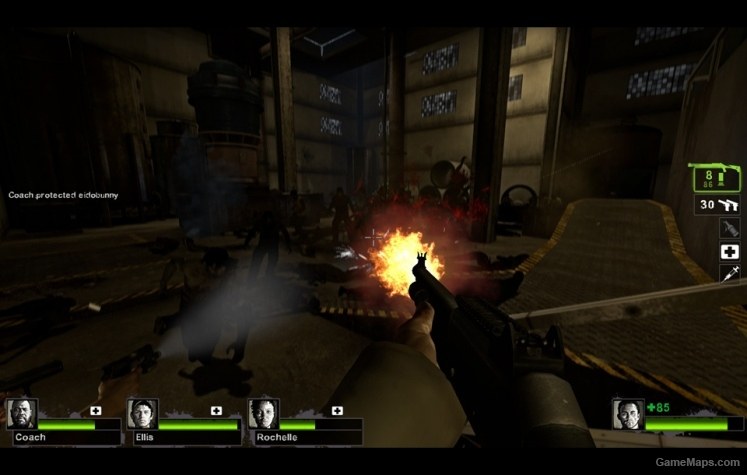 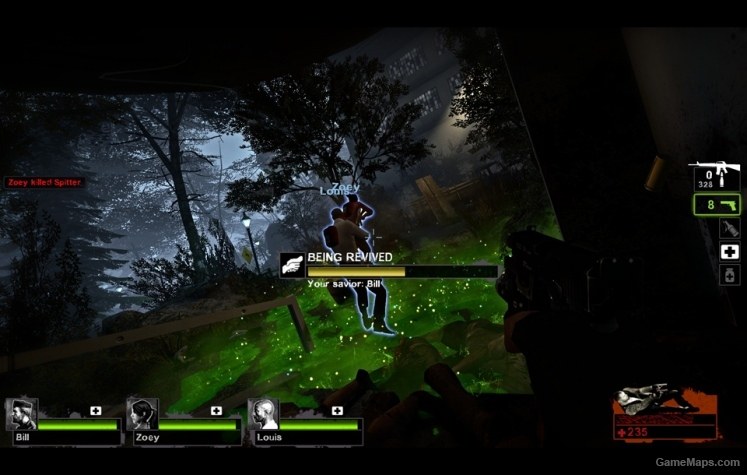 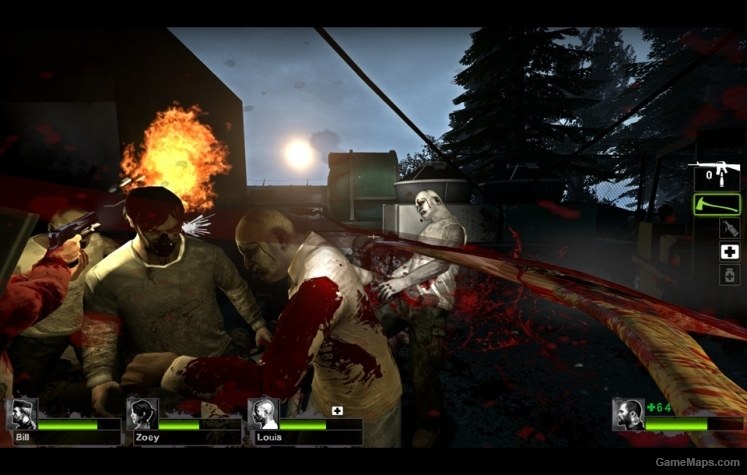 Delete Review
Short campaign with a challenging finale rescue.
By EricChang March 2022
This campaign is short but really fun.^^ However, the rescue point in finale is really difficult. Players must defend against zombies and tanks in a limited space, and may also encounter tank on the way to the boat. So if players have collected throwables before, especially molotovs and bile jars, try to keep them until the rescue point to use them.^^ Overall this campaign is really nice, level design is very well and has no glitches, really recommended to play with friends.^^
Good short campaign, with a challenging finale
By kurochama August 2020
Checked campaigns based on alphabet, & found this old campaign, & I took about 35 minutes to finish. Actually till the map 2, it's playable. The real hell is the finale. I'll explain later. . In overview, the campaign is short but fun. Bot navigation is fine. Supplies are good, but somehow there's no vomitjar during my play twice. The paths are clear along with the directions, except the finale (I'll give some clues about the finale later below). . Map 1 is about exploring the city. There are some explorable areas & rooms to check. However, there's no primary weapon in the beginning, so survivors have to explore some rooms first until they find a mounted minigun. The primary weapons are around that area. . On map 2, survivors explore the areas around power plants & generators. Some areas are explorable, & there are some alternative routes leading to the same paths. During waiting for the elevator, there are some good spots to camp, & one of them is a one-way path with covered roof & some boxes at the dead end that's good to defend from almost all special infected except Smoker from the ground. . Then, the finale is a hard holdout finale. Actually, it wouldn't be that hard if the holdout finale mechanisms were normal. The area is cramped with some forklifts & other tank's throwing toys around, so just beware of tank when he's walking around those throwing toys. Actually the previous areas near the water are still accessible, so survivors can also camp there or run somewhere farther during the finale event. Some people may be confused about where the rescue unit is or where to go there. The problem is, this holdout finale is longer than usual, like, after the 2nd wave of tank ends, the rescue music is played but the rescue route is still closed for like more than 30 seconds, & because of that, survivors will face like two more tanks along with the horde & special infected. The indication of when the route will be opened is the generator. Once the generator is operating & making a sound, the rescue path will be opened. Make sure to take a look at the generator cables, as they will lead to where the rescue path is. There will be a notification about the rescue unit arrived, so before that happens (like after killing 4-5 tanks in total), try to defend somewhere safe. . In short, although this campaign is playable, the finale gives extra challenges. Some strategies may work as long as survivors can secure. It's good for those who love more challenge on the finale. I'll keep this to play again later.
Review
By ErrorUnknownGT February 2016
Great campaign! However, there were missing textures and objects on the finale (Trees by the look of it) Other than that loved it! Plenty of supplies, nice map design, no glitches/bugs and no botnav errors. Nice work!
good old fashioned quality long campaign!
By Trunten October 2015
Not much I am willing to say about this, mainly because I'd rather people experience it for themselves. What I'll say for now is if you've been holding out on downloading a campaign now's a good time! This campaign takes me back to the good old days of the first Left 4 Dead when campaigns were long but also great. You don't see a lot of that done well together any more, so don't miss out on this campaign!
By Grrolf April 2014
Pros
-Good Layout and Design -The right amount of infected -Good item placement
Cons
-All the map transitions crash the game -The finale had some missing models and textures -A bit too short
I wish this campaign was a bit longer, and you should really fix those map transition crashes. As they were getting pretty annoying.
Back to all feedback
Show more reviews (5/19)