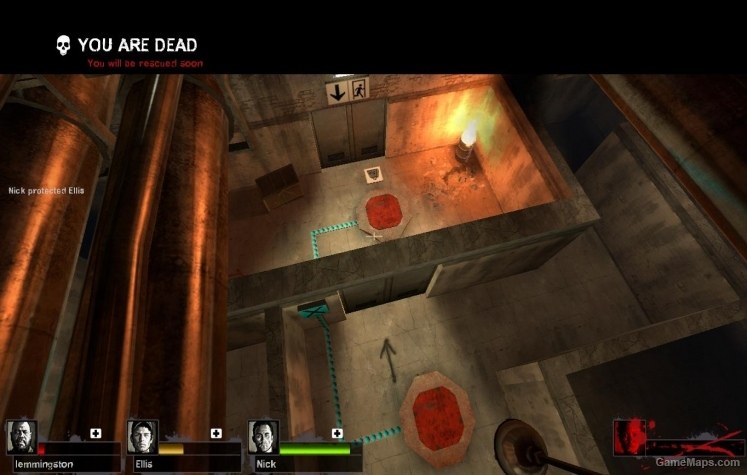 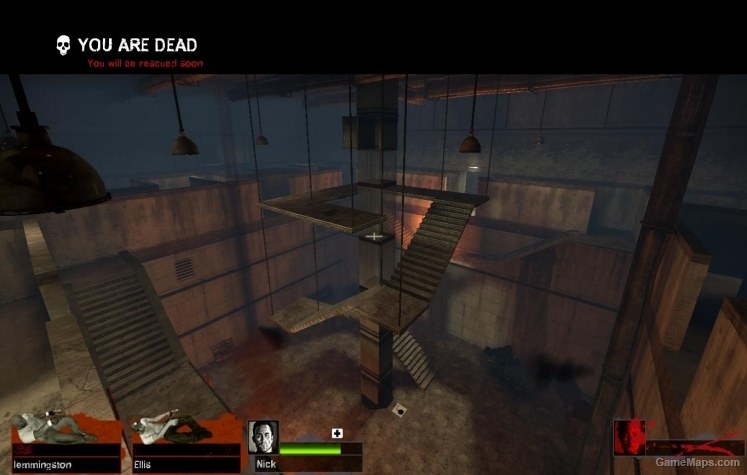 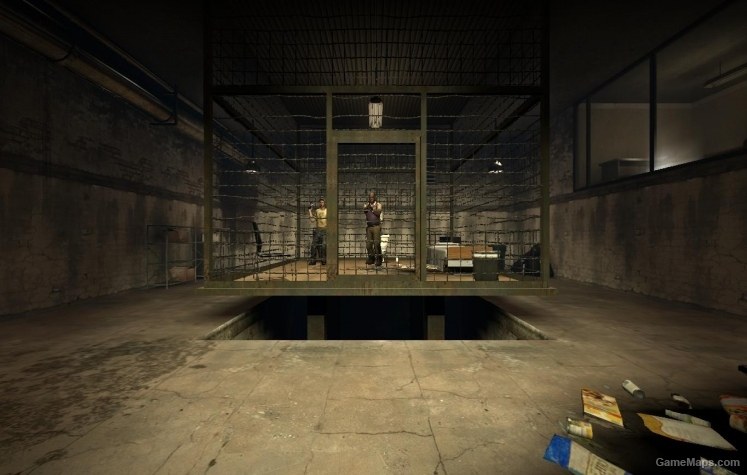 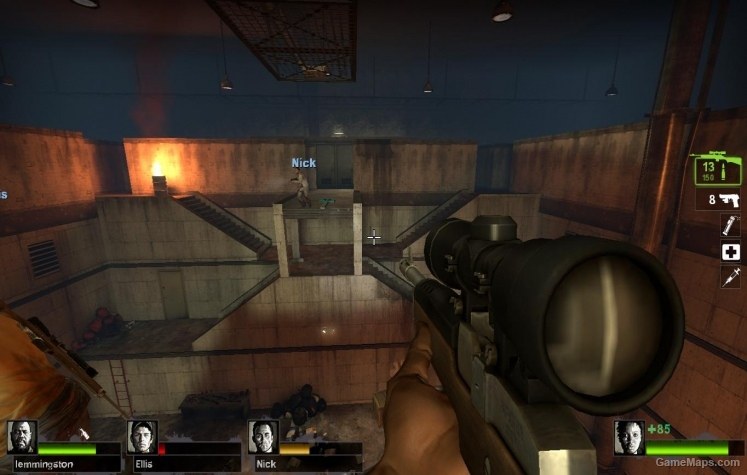 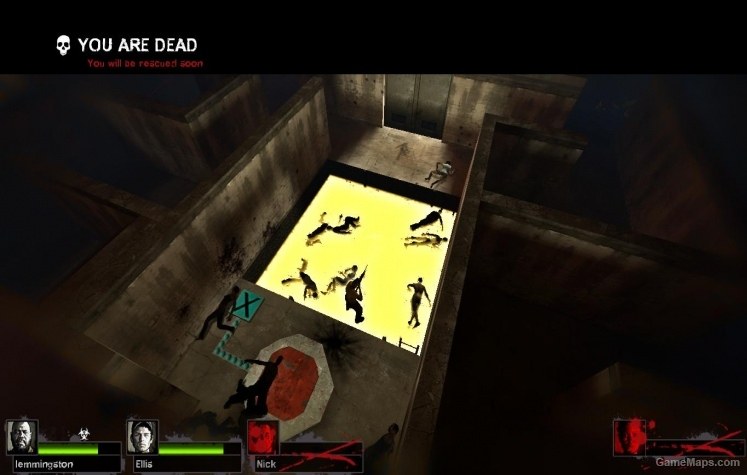 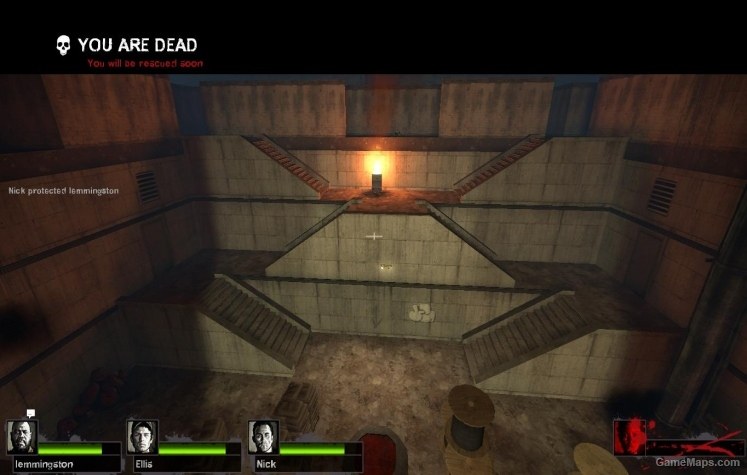 Delete Review
Great map for the puzzle part, a bit clumsy for the bot navigations
By Noire-Chan April 2017
Played this with a friend and two bots, I like the puzzle mechanics where you have to explode and burn stuff to make the door open. I don't think it's playable in singleplayer though, just make sure to have a good friend with good communication and you're good to go. Great map.
Reply
Review
By ErrorUnknownGT June 2016
Pretty descent campaign. I quite like the concept however, 3 of the puzzles are impossible to complete on single player, had to use no clip. Other than that I quite liked it. Great map design. Great concept. No glitches/bugs. No navmesh issues. Nice work.
Reply
Idea is good, execution isn't
By Nilsson April 2015
The idea behind merging Portal and Left 4 Dead is good, but the execution here isn't good. The bot navigation is pretty bad, and the campaign is very difficult in singleplayer. Graphically, it's quite "meh"; environments blend into one-another.
Reply
By Tsuzuko August 2012
Pros
Cool portal theme Interesting puzzles Creative
Cons
Pretty boring visuals, even if Portal-esque features were pretty cool for any Portal fans. Repetitive puzzles No voice acting/story The gas cans you need to weigh down the button can roll off easily. See below problem... I ended up dying in single player mode because my AI wouldn't get inside the doorway.The infected made the gas can roll off and I had to step on the button on the other side of the door in order to keep the door open so that they'd follow me, but an armored infected kept them there for ages. I decided to climb the ladder to help kill the armored infected while staying behind the door so I could open it in case they accidentally ignited the can, but a jockey grabbed me and incapacitated me. Despite Ellis being on the same side of the door I was, none of them came to my aid, even after the armored infected died. I inevitably died. That's partly my fault, but it would've helped if the AI was smart enough to figure out that they can unlock the door once I've already reached the other side so that they could help you if you're downed and they're trapped. After I restarted and completed that section, I got to the bigger puzzle. Where I died again. I couldn't find the route to the safe room even though I could see the glow of the door. I assumed you entered the twin doors and go through that way, but the doors wouldn't open for me. Ellis and Coach, somehow, melded through the wall and entered the safe room, leaving Rochelle and I to die since I accidentally startled the witch and she had a jockey on her. Since Ellis and Coach were already in the safe room, I guess their AI wouldn't let them leave to help.
If you're a Portal fan, or even if you like puzzles, this is a pretty decent campaign. It's creative and a fun little puzzle campaign. It won't keep you entertained for too long, however, and the AI have pretty bad issues that could leave you dead numerous times. It would've been really cool to have some sort of story and voice acting attached to this. You could probably make all sorts of in-jokes and references. Heck, maybe even try to emulate GLaDOS's voice.
Reply
By Mz Cookies May 2012
Pros
- Creative - Original - Like portal - Randomized gas can placings - 'Tests' worked well with no glitches - Maze, having to look for the items
Cons
- Same puzzles repeated - Same environment repeated - No dialogue - Bot navigation - Became boring
Good idea but it could be improved, maybe by changing the scenery and making different tests instead of repeating the old ones.
Reply
Back to all feedback
Show more reviews (5/27)