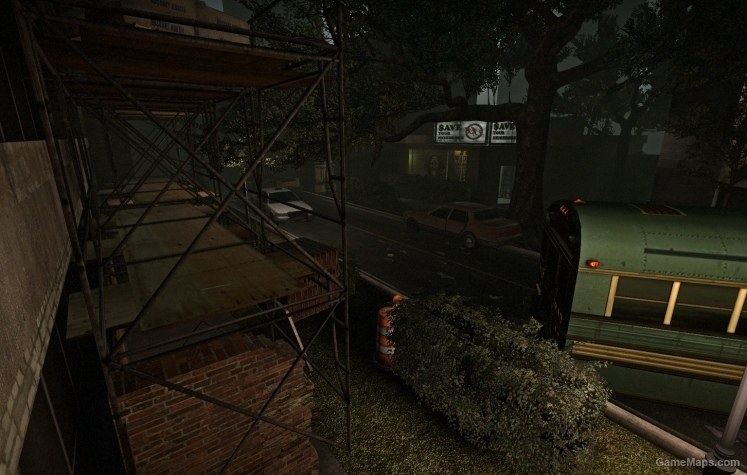 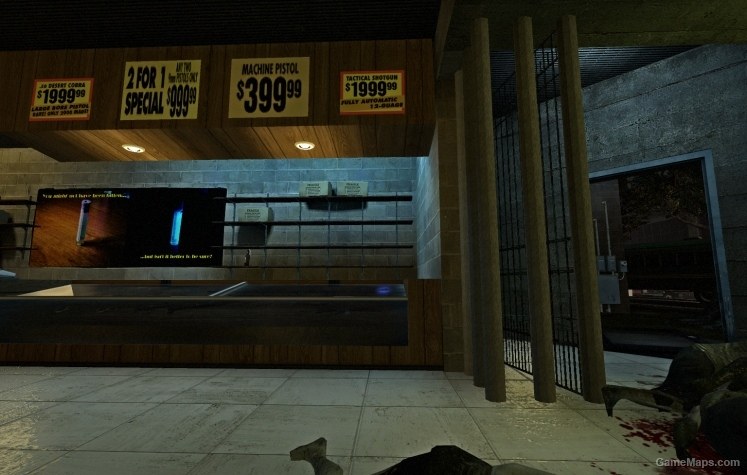 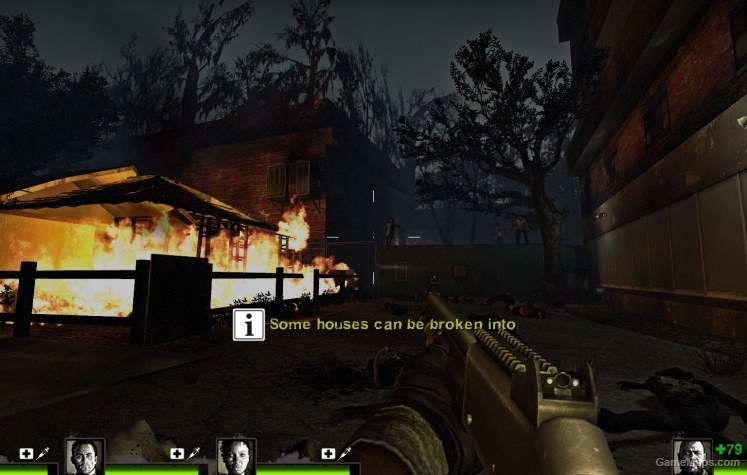 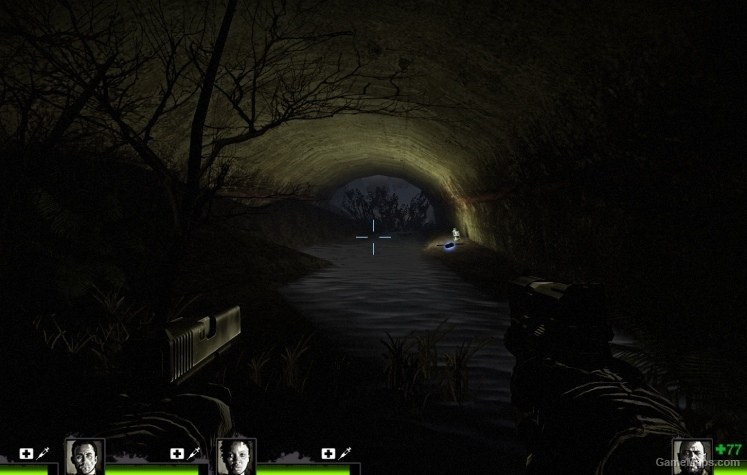 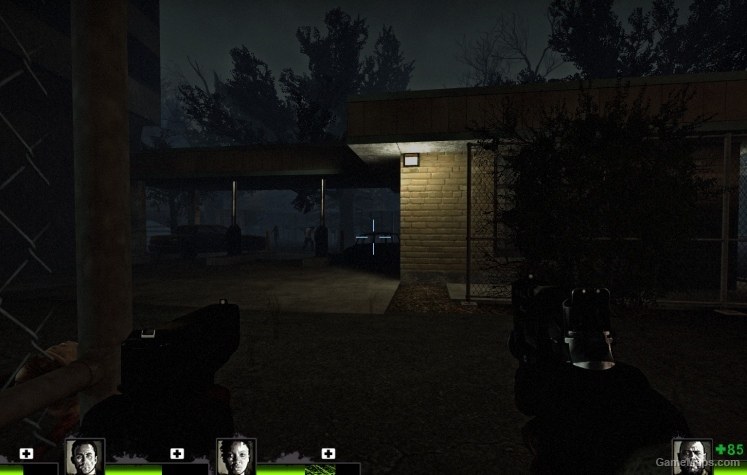 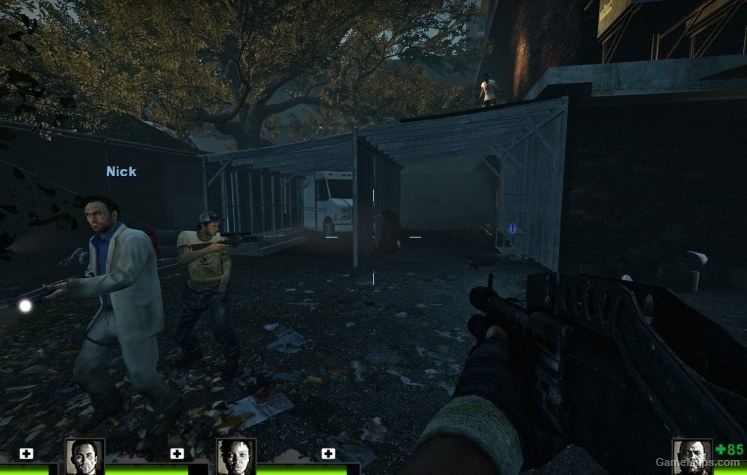 Delete Review
Review
By ErrorUnknownGT August 2020
Pretty cool campaign! Has some interesting ideas/concepts, the campaign isn't without its issues though. The biggest problem was the navmesh, it was genuinely awful, I encountered an issue on chapter 1 where the bots refused to move after I blew the car up, I think the tank that was there might've punched a car around a bit and perhaps the bots ended up getting stuck, either way had to finish them off and beat chapter 1 by myself. Chapter 2's saferoom has no guns in it for some reason, but there are guns not too far from the saferoom anyways, before the upcoming panic event. AT this point, I managed to get two tank suicides. The forced spawn after activating the panic event, simply by retreating back the way we came, and the second one got stuck behind a locked door. The finale was an interesting and innovative one. Cool boatride and mini-gauntlet before a holdout scenario. I'll give points for innovation, but definitely an unpleasant experience with bots.
Shorter version of Beldurra 2, with different and challenging finale
By kurochama January 2020
This one is the short version of "Beldurra 2" campaign, with slightly different maps. The features of unlocking door by picking lock & making your own pipebomb & molotov are available here too. Map 1 is like map 3 of "Beldurra 2", but with different route & environments. Map 2 is like a map in the drainage, but with reversed route & slightly different environments near the end of the map. . The finale is slightly similar but actually different in overalls. However, I think the finale is harder than "Beldurra 2", because in "Beldurra 2" survivors only need to ride on the craft & focus on zombies that only come on shallow ground. In this campaign, survivors need to escape to a house near the rescue saferoom with zombies keeping coming, & then defend there until the rescue saferoom opens. Special infected are also aggresive here, just like playing a mini "Hard Eight" mutation; the only difference is the number of spawned special infected are still normal. However, that still makes the finale difficult. What makes the finale more difficult is the lack of directions. The finale has some routes leading to the same destination, & with intense panic attacks & special infected spawns, survivors will feel distracted so much that they'll lose the sense of direction sometimes. The rescue saferoom is also bugged, because the gate can be closed even when there are still some survivors outside. In my case, the bot Nick was still running outside when I pressed the switch, & when I wanted to pick him up, the gate was already starting to close, so I aborted my plan by waiting inside, until the gate was closed & then Nick died fighting the horde & tank. . In overalls, it's a fun & challenging campaign to enjoy as the alternative choice from the "Beldurra 2" if players want a shorter gameplay (but with harder finale). There's no bot navigation error & supplies are enough.
One of Great Campaigns
By FreeCell May 2017
PROS Original, but Unique and very detailed/descent urban environments Great map design Lots of hordes Long 3 map campaign Creative. (events, make items, many elements) Not easy, especially finale Perfect item/ammo/weapon balance setting No bugs/glitches Unique finale Custom music of ending credit CONS Horde spawns in safe-room (map 1) A bit stupid Bot's AI/NAV horde get stuck at some objects Not natural horde's movements in river (map 3) Undefined identity of rescue
By Guest September 2015
This account has been deleted
By daUHMSTAR May 2013
Pros
+ $WEET lvl design looks real nice + dem ea$ter eggs + loved the workbench mechanic + sumt1mes there be like glitches in the map so u jump somwh1re and then u cant get out: its like expert realism dawg some ppl would say this is a con but i take what i get yolo
Cons
- $hit man like way too much stuff i have never been dis rich during any campane cuz at 1 point i be like carrying m60 w/ laz0r & explosivz not even in finale, all team was 90+ hps and fully stocked on meds and kits. this was at over 60% of map 2 and it wuz on Xperd reali$m i thought i was playing baby mode
yo if ur real high or aint so good at this game this is ur lay up to expert but if u like 2 play l4d like ur watching painings and so (and somet1mes kill $ome bees) then this be worth like 10/10 cuz of designz
Back to all feedback
Show more reviews (5/19)