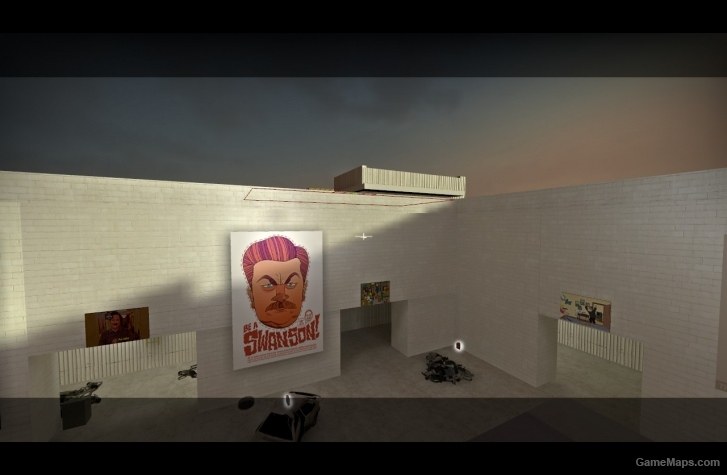 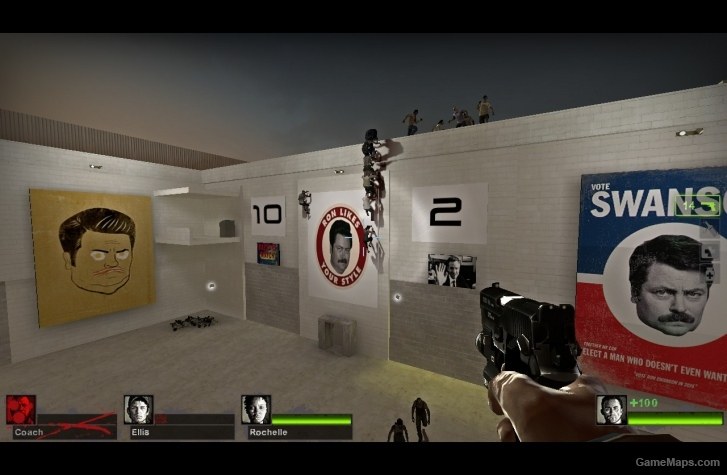 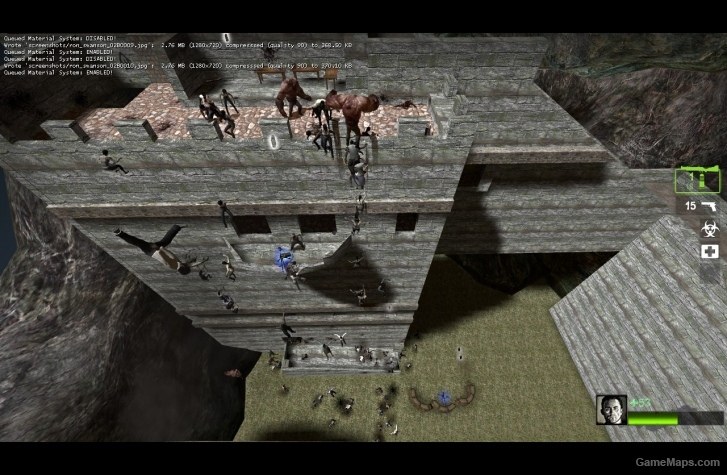 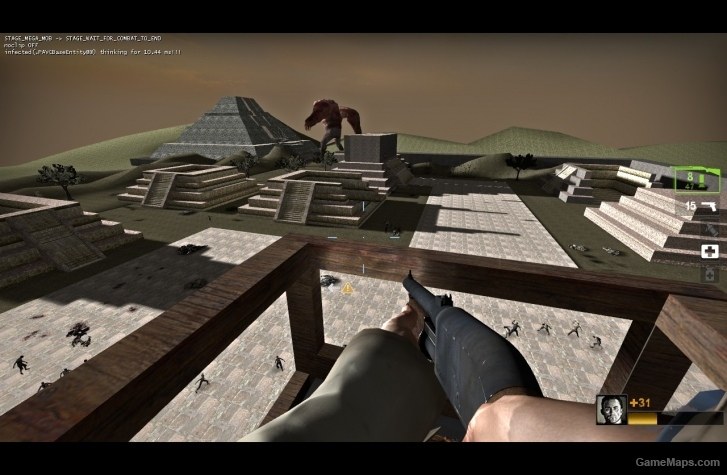 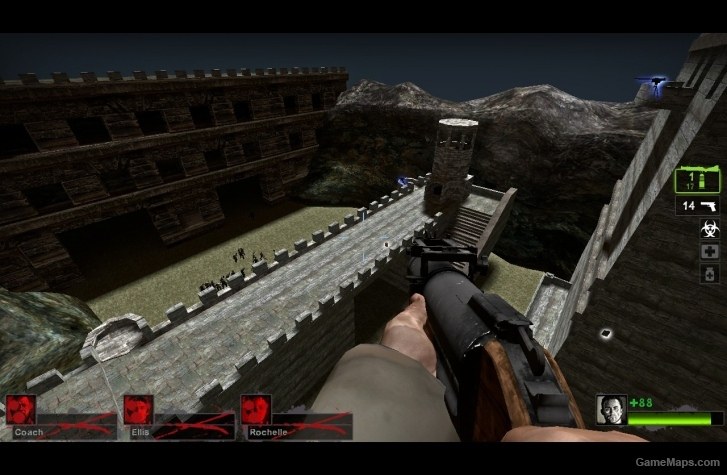 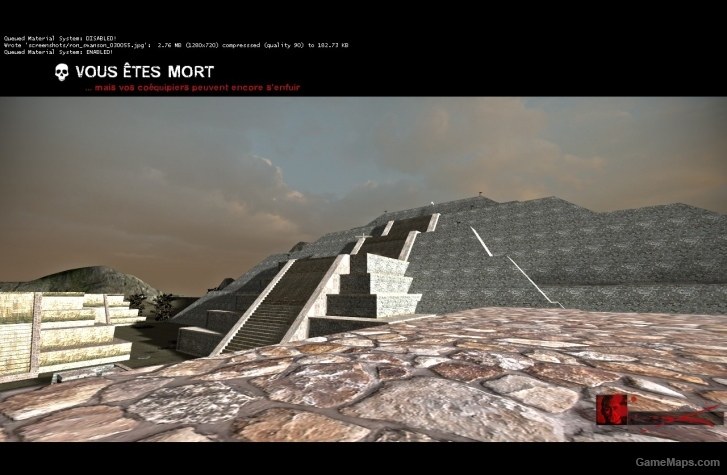 Delete Review
Sorry, but bad!
By EshmawyMan April 2021
Thanks for your time and effort on this campaign, but really screwed navigation has nothing to do with your first work here. You could fix navigation and this is what one like me really wanted as a Single Player Expert Mode man like me. I managed to beat the first chapter from 3rd try after trying and going here and there. It was a great puzzle over there and the real trick was that hole you open over that pillar as you will visit mostly room number 9 twice for that trick and falling down into the red light zone where your HP keeps going down until you move from there. ------------------------------------------------------------------------------------------------------- 2nd chapter was insane and It wasn't about dozens of tanks I was fighting with bots, but just the lame navigation that led to their death and the fact I was completely alone after the great panic event when music is played while a tank after another kept coming to me. How could bots climb the walls just like the zombies did? How come?!! Why didn't they moved to my spot? I know there was a plenty of supplies and bile bombs, but as long as bots couldn't reach me, they will fall by tanks or specials. I used cheats to bring them to life again and to my spot, but they didn't shoot zombies. I gave them automatic shotguns that are my best favorite weapon, but they were just receiving hits. I set the game from Expert to Easy and was still crazy fighting all those zombies alone while bots were watching and falling to ground... I just needed fixed navigation and I would finish it all on Expert Single Player! Zombies spawned in massive waves by the end of chapter 2 from nowhere and this is no stupid and nasty. I managed to go there up that glass hole that needed to be shot to go down through it and I was completely alone after bots didn't join me with no cheats to use and on Expert.. as I used Admin System, the great addition on Steam to help fix some of those bugs screwing my runs along that stupid chapter. ------------------------------------------------------------------------------------------------------ 3rd Chapter was so huge and vast and even zombie panic events started before I started the finale calling the rescue.. Along with tank? Why?! Bots couldn't climb up any pyramid and they would just freeze down there or move around the pyramid. I had to make that chapter on Easy too and one was so lost as I couldn't find the whole 8 buttons and FYI, You could just wait till the rescue come without searching for any buttons as I managed to climb over that fence up that great final pyramid to that weird rescue vehicle. ------------------------------------------------------------------------------------------------------ I gave 2 stars for it was your first work and thanks to the Admin System that made me have some fun while getting screwed on screwed navigation work. Thanks for your time and hope you just fix the navigation and bots in general. Good Luck
Reply
Review
By ErrorUnknownGT February 2016
I couldn't figure out how to win the first chapter so I killed myself and let the bots use their teleport abilities to get to the safe room. Chapter 2 is near impossible to beat, WAY too many hordes and tanks. Same deal with the finale, way too many hordes which can make it last forever. Other than that I kinda liked it. Plenty of supplies, a few botnav errors but nothing extremely bad. Interesting map design. Oh and also a bit trollish, spamming hordes and falling into holes and such.
Reply
By l4dmpxcw April 2014
Pros
- the map is large and very detailed - map design is extremely creative - original text and gifs - lots of innovative features like "teleport" and "high jump" - supplies and weapons everywhere, like grenade launchers and molotov
Cons
- each map is too long and hard - so many hordes/tanks - time-consuming to find the correct ways, it would be good if some directions can be provided
the map design is really nice but it is too difficult to finish it, dont play this with bots!
Reply
By Lulu35 October 2013
Pros
++variety of maps (no one is similar) and a genius variety of ideas (differents ways, differents strategy) ++textures and Gifs. Touristic map. a lot of picture must seen. +"the Grange" music +the magic flag with the Park & recreation SHIELD, LOL !! +Ron "[email protected]#$in" Swanson, I'm a huge fan! So cool to hear his voice.Triple lol. + love the Maya pyramids!! I saw them, it's the same.The giant tank is fun. +++ very "bizarre" map and surrealistic world.
Cons
--no scenario ---very hard. too much traps. -too much tank (for the experts) -Unfinished map, maybe need a coherence between architecture. -the first map is not elegant (but very scary sometimes). The lights are randomizes - weapons "error" (seems to be a melee weapon bugs) - The final battlefield has too much infected, the game lags...sometimes.
A very strange and fun campaign. It's a great and very big job for a first campaign. I want to congratulate you and encourage you to continue this map, optimize it and use the cons. Waiting for the FINAL version! Yes! to Slamalt92: I met a lot of Jockey, Boomer, Splitters,etc...
Reply
By slamatl92 October 2013
Pros
werid but good that your learning to map
Cons
floating items like pain pills bile's and such oh and not enough of speical's only tanks smokers and a witch no jockey or boomer wtf did i play child's campgain im sorry but this isn't complete put it as beta because you got Alot of errors mate played on my server wow thought this was gonna be a good campgain but i was wrong it needs more stuff to it
read my cons
Reply
Back to all feedback
Show more reviews (5/5)