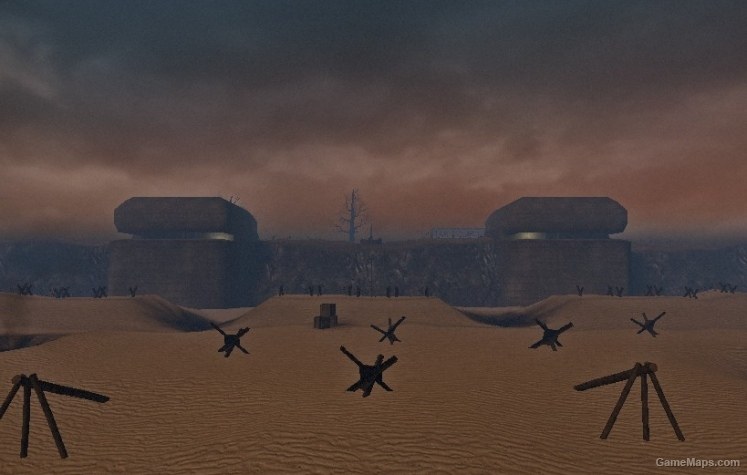 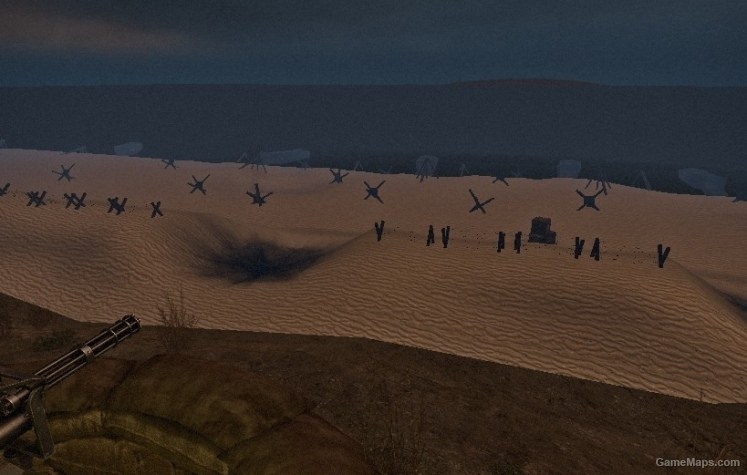 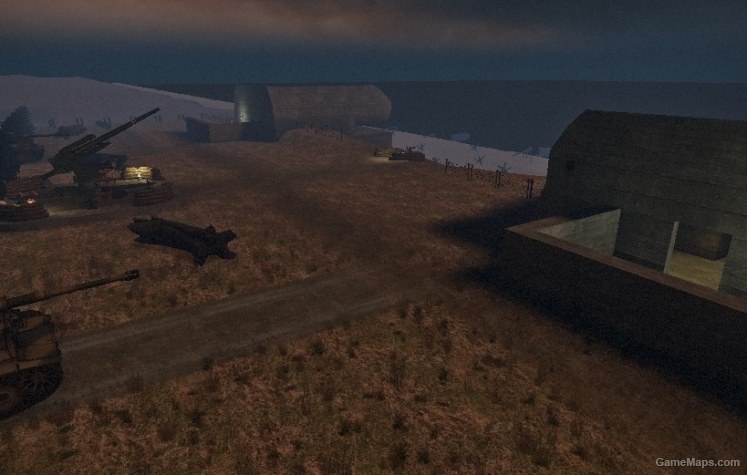 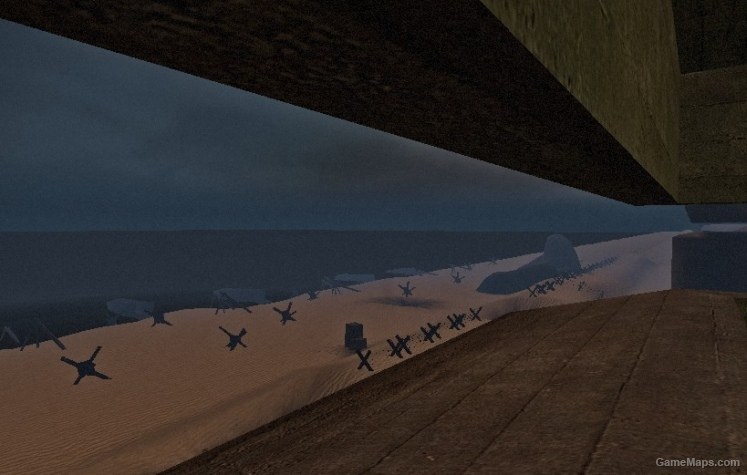 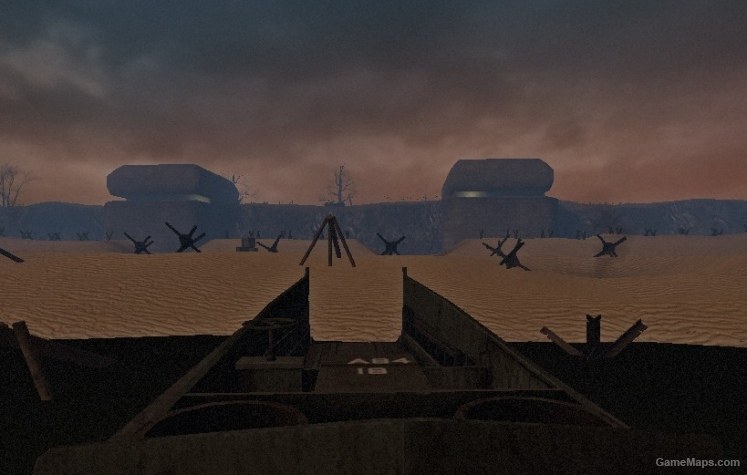 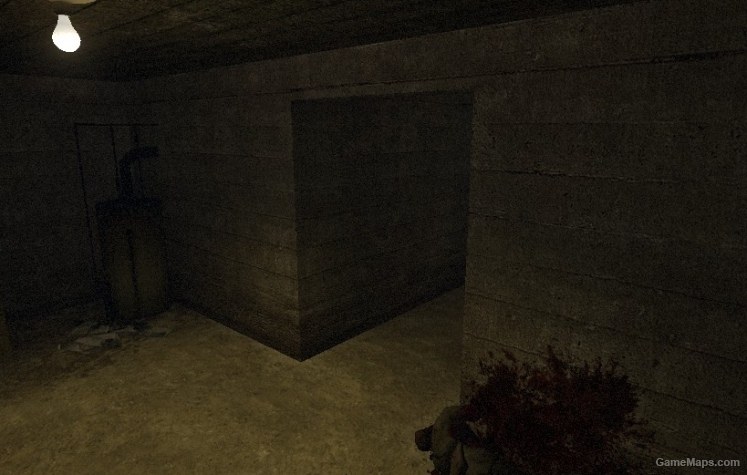 Cons:
-Small rooms (I understand it is kind of based off World War II)

Well I can't exactly say anymore, because I wasn't able to try it.
Reply
Lonewolf051 November 2012
Amazing map!! great feel and atmosphere, love the sense of ugency about it.


though the width of the beach needs to be much larger so the carnage is more prolonged and sniping can really be implimented enjoyably
Reply
Post Comment
Post Comment
My Rating:
Post Review Delete Review
By SpleeSpree September 2012
Pros
-surprisingly good -good, yet difficult, idea for a survival map -lots of cool places to hole up -most of the infected come from the boats -nice little details, like radio with German music
Cons
-could use a little more environmental details -the two pillboxes could be a little more different
I have to admit, I was very surprised at how good this map was! Usually, when someone make a "D-day" type map, it's some poorly thrown together piece of crap. But this one looks good, feels good, and has great gameplay (which is not an easy thing to make!). The way they spawn and charge up the beach works perfectly (especially using the grenade launcher and minigun). And the bunkers are very cool, though the view is somewhat obstructed(I know this is realistic). Overall, I'd say the biggest flaw is just that it could use some detail like in the right bunker. Very impressive and fun!
Reply
By idannenfels2 June 2012
Pros
Almost everything.
Cons
You can''t get to the boats all the way down the beach.
I highly recommend this map i love it so much!
Reply
By Marcusyaho May 2012
Pros
Based on D-Day Awesome custom models Great enviroment Challange
Cons
Endless hordes (even if its realistic with the theme itself) NAV issues with bots - they often commit suicide while trying to climb back up (Neutral opinions) - no points removed Could use more stuff from the world war 2. More turrets (inside the bunkers) etc. Maybe air support
The theme of this map is so rare I love just to stare at it! Its a great map and its just as world war 2. I dont like the endless hordes just like the other reviewers, but yet, did the soldiers take a break every second minute? Its realistic but.. yeah its a bit hard.
Reply
By Vince Lionheart May 2012
Pros
+Wonderful and rare theme for a map, well done +Unique custom models/props +Well designed map in every aspects; the bunkers, beach, the environment and scenery +Supplies are definitely enough and the placement is good +Large map and yet Infected spawns placement are great making players to be aware in every direction +Cool ambience/soundscape +No "actual" safe spot to camp for along time to survive. Nice. It makes players keep going.
Cons
-A lil bit nav issues with the bots -Bots having a hard time picking supplies and weapons -Could use more turrets -Some textures don't suit -Although I do enjoy hard maps but the hordes spawning need to be cut down a little x_x
A large map with fascinating scenery and challenging gameplay. Got to love the custom props and models you put in. Overall this map is good but still needs a few changes and imprvements. That is all
Reply
By May 2012
Pros
- Everything as far as the .vpk, add-on image, and loading poster was well designed and is working (the military hats on the survivors could have been positioned a bit better, but good idea). - This idea of a WWII military bunker is something completely unique; and the custom props and ambiance you included just brought the whole theme to life. - The bunkers look alright; their design is real vague and unrealistic in a sense compared to other bunkers. - Good amount of supplies, definitely enough for a good survival run (if you can find the right spot).
Cons
- Endless horde; no breaks in between minute marks or whatever. - I don't know if the ropes were the right way to go about getting up the cliff side; they are rather awkward, and you wouldn't think a zombie would have the mental capacity to know how to climb a rope, but it's from the movie so I guess it's fine. - The beach sand texture is meant for underwater sand, it doesn't look right. Other textures could have been placed better, but what was used is suitable. - You would think since it is military themed map, there would for sure be more than one turret, especially in the bunkers. Not sure what's up with that. - There are little to no spots to survive comfortably, all the areas are either wide open, or unjustly enclosed, making it difficult to have a good game. - When you start the survival via the radio, all the survivors let out their death screams, which is unwanted and gets pretty annoying after a few plays. - Could have used a more creative title design, aha.
- This map has a theme which should make any map a good one, especially since it's referenced from a movie, but I don't think this map harnesses the powerful potential a military themed map should. Sure, this map had the custom models and German ambiance needed, but the main design of the map seemed rather quick, choppy, and just plain not right. I would have liked to see a lot more details in the map, and better lighting. The map had a skybox, which no map should be without, but even that wasn't one hundred percent correct; you could clearly see where the map ended and the skybox started. I like the map, it's the only one of it's kind, but I feel that the map could be much better in all aspects if there was a little more effort put in on the authors part.
Reply
Back to all feedback
Show more reviews (5/5)