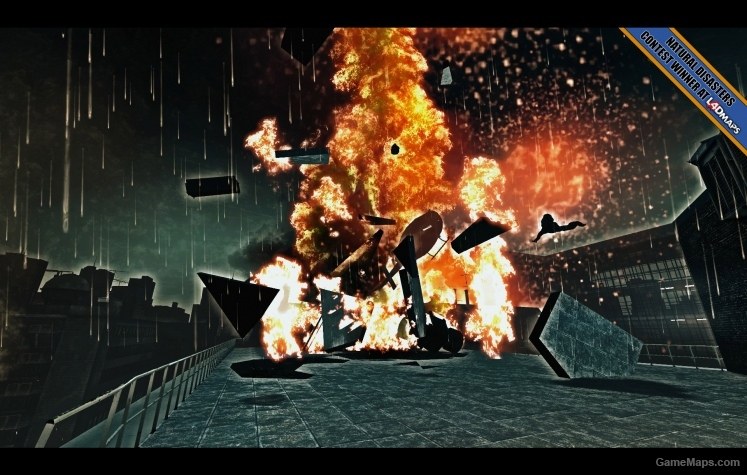 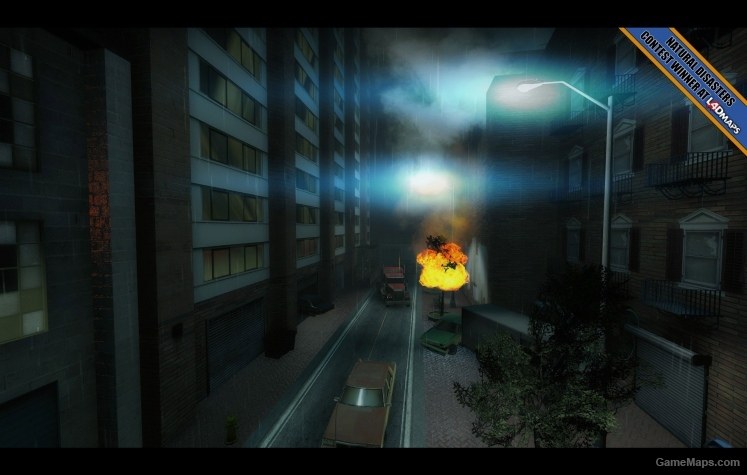 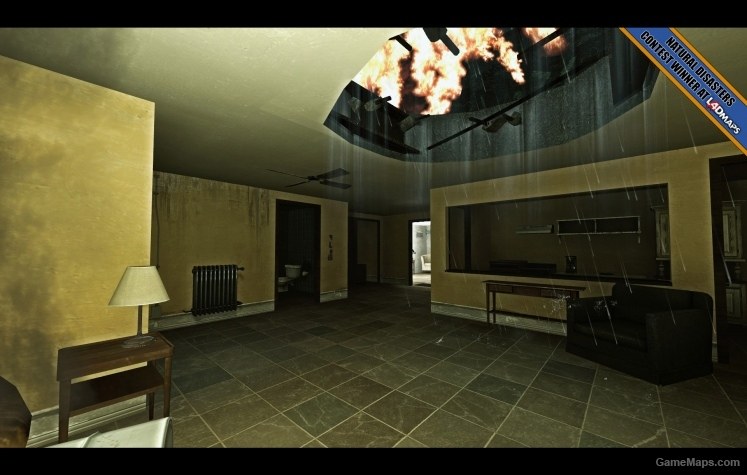 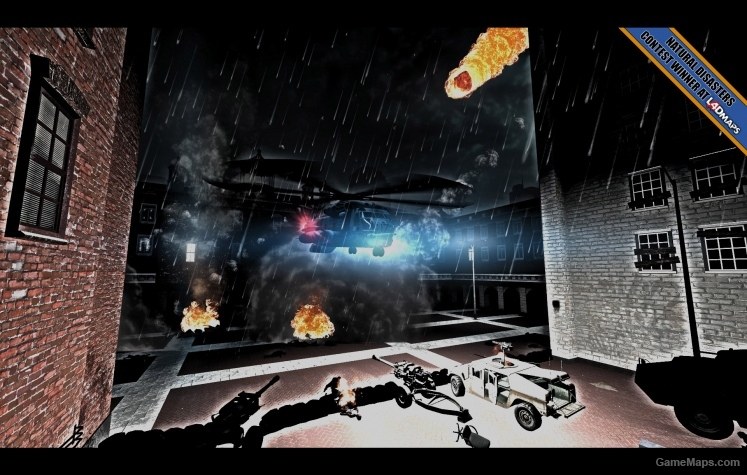 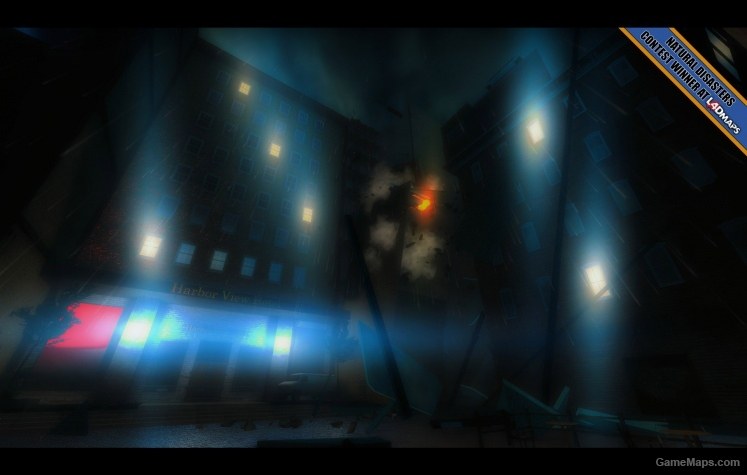 Delete Review
Natural disasters are your real enemies
By kurochama June 2020
I just tried an old campaign for fun. I took like 3 retries, & all of them at the tornado event because I was less prepared & panicked when watching the dancing flame on the tornado. As I mentioned on the title, your real enemies here are the nature disasters. The nature disasters effects are really good here, & deadly as well. I got tricked by the file size. I thought it would be more than 2 maps with such file size, but it was only 1 map. The bigger file size is probably for the natural disaster effects, & this was the first time I played a map with natural disasters. . In overview, supplies are good, though good weapons are scattered somewhere, but at the finale location there are more than enough weapons to choose. The highlights & instructions are clear, but some instructions are confusing. I'll write the details later about that later. Bot navigation is fine in overalls, but sometimes they become the burdens by hanging on the ledge. . In details, this campaign is about going to the military camp to wait for the rescue unit. As I said before, the bot navigation is sometimes bugged, especially during tornado event. The first bug happens when survivors have to plant c4 to a wall. The c4 location is randomly spawned on certain areas, & it's highlighted. The bot navigation bug happens after the c4 is planted & activated. In my play, one bot followed me but the other two stayed near the c4, probably because they detected the good weapons behind the wall & tried to pick those weapons. They took great amount of damage for no reason before regrouping to my location. . The 2nd bot navigation bug happens during the tornado event. Some bots love getting tripped & hanging on the ledge somewhere around the location of the tornado. The tornado is a kind of instant-death natural disaster, & when some bots are tripped & hanging on the ledge during this even, better just leave them as the tornado is quick enough to come, probably around 10-15 seconds after the event is triggered. There's an instruction to escape there, but the instruction is tricky. At least, players will die or even restart once there if they're panicked & just rush. My advice is stay calm & look around closely, especially on the instruction, but act fast as well. & also watch your steps & try not to trip & hang on the ledge during escape from the tornado, as that will be a farewell. . After surviving the tornado event, survivors explore into a building. This is where the confusing instruction appears. Survivors are only ordered to run, but there's no direction about where to go. I don't know how much the timer is, as in my play, I followed my exploration instinct & just kept going & luckily the time was enough for me to get out of the building. The unfair thing here is the boss spawn is not disabled. I met a tank during my escape, & luckily I had a molotov & there's enough room to run around & backward. . Then, the finale event is like an armageddon. It's not only because the defense takes much longer than usual, but also because some disasters become enemies too here. Meteors drop at random locations, & some parts of a building may fall too. The instructions here are not clear enough, so in few minutes after 2nd tank is dead, players will more likely have no idea about what to do, at least until there's a notification about the helicopter arriving in few minutes. Then, there comes meteor shower. That was the first time I felt like playing Final Fantasy in 1st person view mode, meteors keep falling at the yard like "Meteor" magic spell. The helicopter was there but I was reluctant to get close as even at far distance, I still took some burning damage from some meteors. The L4D1 survivors came to help in the end, but well, there wasn't much to help, as the finale was more like survival, at least until the screen turned white. I didn't know what would happen when all survivors fell down during the last few minutes of the meteor shower, as I tried not to die & restart again. . In short, it's a one-map campaign about natural disasters. Other modes are available too. This campaign has many potentials, & it would be cooler if there were more than one map, like at least 3 maps. Actually I expected some more maps about survivors taking cover from several natural disasters. I got hyped after surviving the falling building & curious about what would happen later, just when the map was about to end. More instructions or clues especially during the finale event would be more helpful though, because it sure feels uneasy to keep fighting without knowing when to end for several more minutes after 2nd tank's death. It's recommended to play with friends, because some bots will more likely say goodbye during the tornado event.
جدید
By amirhv May 2019
ایده این مپ جدید و بسیار جذاب هستش فقط یکم از نظر گرافیک کمبود داره ...
NATURAL DISASTER !
By anakmonyet June 2017
THERE IS A TORNADO IN THIS MAP !
map name?!
By jerwinpogi December 2016
wanna play survival offline
10/10
By lolref November 2016
Love this map. Especially the ending.
Back to all feedback
Show more reviews (5/83)